The atmosphere in the Ulster Hall was incredible last night as it became flooded with many people awaiting to see the iconic Alter Bridge perform live in Belfast. There was an air of excitement surrounding everyone as for many people it was their first opportunity to see the band and everyone was certainly ready to make the most of it.

Support came in the form of Ohio rockers Red Sun Rising who brought undeniable energy to the stage. They encompassed everything you could want in a rock show; spirit, dynamic vocals, catchy riffs and importantly, a sense of personality which many support bands lack. One of the highlights of their short set was their track “The Otherside” from their album Polyester Zeal. The track combines the classic rock vibes however it is mellowed down with a somewhat alternative grunge feel showing two sides of the band in one track. It’s definitely a track which fans of the band could sing along to at full volume however the crowd in Belfast were mainly only able to sing along with the chorus of it, probably because for many it was the first time they’d heard of this band.

Red Sun Rising finished their set with “Emotionless” from the aforementioned album which is a greatly dynamic and diverse track starting of slower with a great buil. The vocals from Mike Protich were powerful throughout the song and the guitar from Ryan Williams and Dave McGarry was catchy enough to have the majority of the Ulster Hall enjoying the band. An excellent choice of song to end their support slot with as the build in their song resonated with the build-up of excitement in the audience who were awaiting the legends Alter Bridge to take the stage.

Belfast gave the warmest welcome to rock icons Alter Bridge when they took the stage, with them immediately starting into “The Writing on the Wall” from their 2016 album The Last Hero. The crowd sang along with Myles Kennedy who put on a flawless performance. The crowd seemed to thoroughly enjoy the heavy beat of the song and the expert guitar although nothing less could be expected from the one and only, Mark Tremonti. Alter Bridge are one of the only bands which have the rare ability to make hard rock tracks sound truly melodic and it’s completely obvious that their all completely in their comfort zone when performing live. Live music is in the origins of the band and clearly something which will always be one of their main traits.

With each and every track that they performed the crowd seemed completely in awe of the band as they’re all extremely talented musicians within their own right. Some of the main highlights were their performances of “Cry of Achilles” from Fortress released in 2013. The heaviness of the song alongside the catchy riffs means that everyone was able to move along and enjoy the song. The acoustics in the Ulster Hall meant that the dynamics of the song could truly be enjoyed by the captive audience. Similarly, “My Champion” from the previously mentioned album, The Last Hero was an experience to hear live because it does still have that classic rock vibe combined with a softer feel and is accompanied with lyrics which make you want to sing alongside Myles Kennedy. Nearly everyone in the venue was singing along with the band to this track and the band members seemed to thrive of the audience’s energy.

One of the highlights for any Tremonti fan would have been when Myles Kennedy handed the vocals over to him for a performance of “Waters Rising“ from the album Fortress. This really showcased his true ability as an extremely talented and credible artist. His rougher vocals expertly took over the entire venue and it was truly something incredible to watch. The build in tempo in the song really engaged the audience making them both move and sing along to the track. The dynamics of the song allows it to switch flawlessly between heavy rock and something more melodic. This is something that only Alter Bridge would be able to achieve.

Another key moment of the gig was when the lights went down and Myles Kennedy expertly and acoustically performed “Wonderful Life” from the 2010 album AB III.  He then was expertly able to blend it into “Watch Over You” from the album Blackbird which was released a decade ago in 2007. Both these tracks highlight the lyrical talents of the band members alongside the ability for Kennedy’s vocals to stretch to flawlessly perform something slower and more melodic. However, despite this, the track still sounds like an Alter Bridge song mostly due to their ability to put their on charismatic twist on each and every song they perform.  These slower tracks allowed the crowd to fully soak up the slow which was being put on for them and they were more than willing to sing along to both tracks.

After being treated to an exceptional show “Fortress” and “Rise Today” were two of three songs which made up Alter Bridge’s encore in Belfast. Everyone was gutted that the concert was coming to an end however they were definitely grateful to have been part of such as exceptional show. One key thing they did mention to the crowd when asking if they’d had a good time was that they will be returning to both Belfast and Dublin in October!  Needless to say the crowd went wild!

Scroll through the photo gallery, by Sammie Quinn, below: 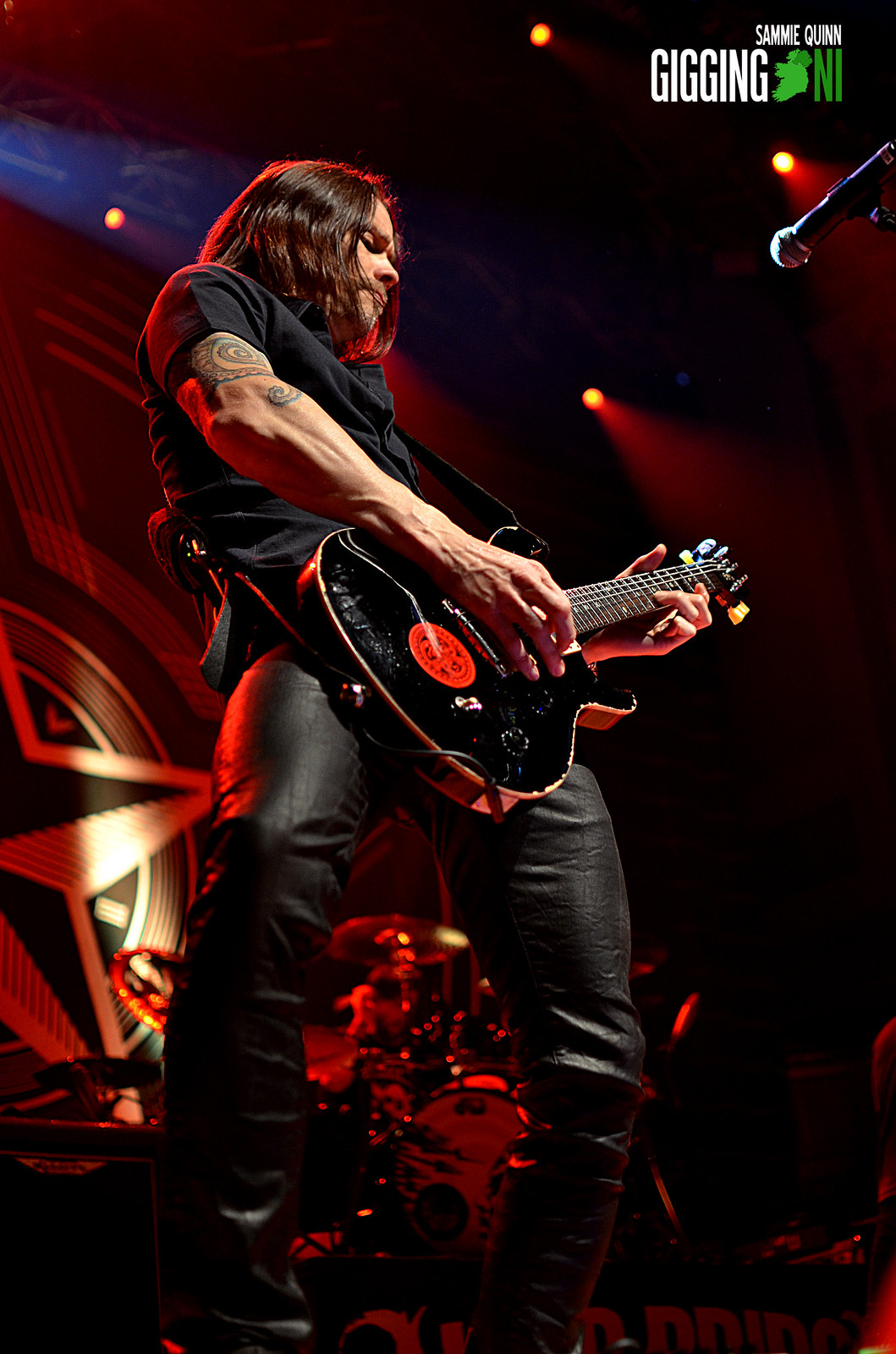