All previous Belsonic shows this week and last were under splitting sunshine and feverish temperatures, so it’s a shame that Brit Award winner Jess Glynne had to play on such a dull day. However, the drizzle didn’t dampen the spirits of the crowd, or the singer, as the whole of Ormeau Park had a smashing time.

The singer made her appearance during a rockier/jazzier rendition of massive hit ‘Right Here,’ before diving straight into even bigger hit, her feature on Clean Bandit’s ‘Rather Be,’ the latter of which hit number one way back in 2014.

It wasn’t the first time the huge star has featured on a Clean Bandit song, with the two doing a song called ‘Real Love‘ the same year. Jess has also featured on hits with Tinie Tempah, Route 94 and DJ Cassidy, to name a few.

Glynne then addressed the crowd, saying: “I swear to God Belfast, you guys are always the loudest crowd. Are you ready to get down?” before singing ‘No Rights, No Wrongs,’ a song taken from her debut solo album ‘I Cry When I Laugh,’ which topped the charts in the summer of 2015.

Pink raincoats were splattered across the crowd, which Jess noticed herself, saying: “I love all the pink things. Oh… I get it. It’s because of the rain? I thought it was a theme.” Glynne herself had her ginger afro hidden under a black cap, and wore a blue sparkly tracksuit. She looked like she had just popped out of the house to buy some milk, not headlining a massive music festival in Northern Ireland.

She went on to cover Beyonce’s noughties hit ‘Deja-Vu,’ which got the crowd excited. The diverse audience varied from middle-aged-women in Trespass jackets and teenage girls in mini-shorts and flowery tops, the latter having not been prepared for the threatening rain. Regardless, everyone was enjoying themselves, having plenty of room to dance freely, not like the claustrophobia of a hall or other venue.

Jess then stopped the audience, including her strong band of backup dancers and sax players, to let everyone in on a secret about the next song. “Do you know what?” she told everyone in her thick London accent. “I love what I do. And I love you guys because I wouldn’t be standing here if you weren’t standing here. So, I’m going to sing this song if you sing it with me.” She then broke into a beautiful acoustic version of ‘My Love,’ a song she released with Route 94.

The heavens then decided to finally burst, and girls were seen skipping away in the rain during her performance of ‘Love Me,’ but the die hard fans continued to stay. She addressed the audience again, in the wake of all the terror attacks, including the ones in her hometown, and she asked everyone if they’re scared.

“Do you feel safe? Don’t worry about being you. That’s what music is about. Just let go. This next song is called ‘Real Love,’ and it’s about exactly that. Somebody making you feel incredible.” This, again, was acoustic, with a back drop of simple words written behind her, saying ‘We all want to love, laugh and live without fear.’ A beautiful moment to escape what’s been going on the past few months.

The show was wrapped up with massive tunes, such as ‘Hold My Hand,’ ‘Don’t Be So Hard On Yourself‘ and ‘Take Me Home.’ Despite the weather and a few technical difficulties, the star smashed it and everyone left having had a good time. 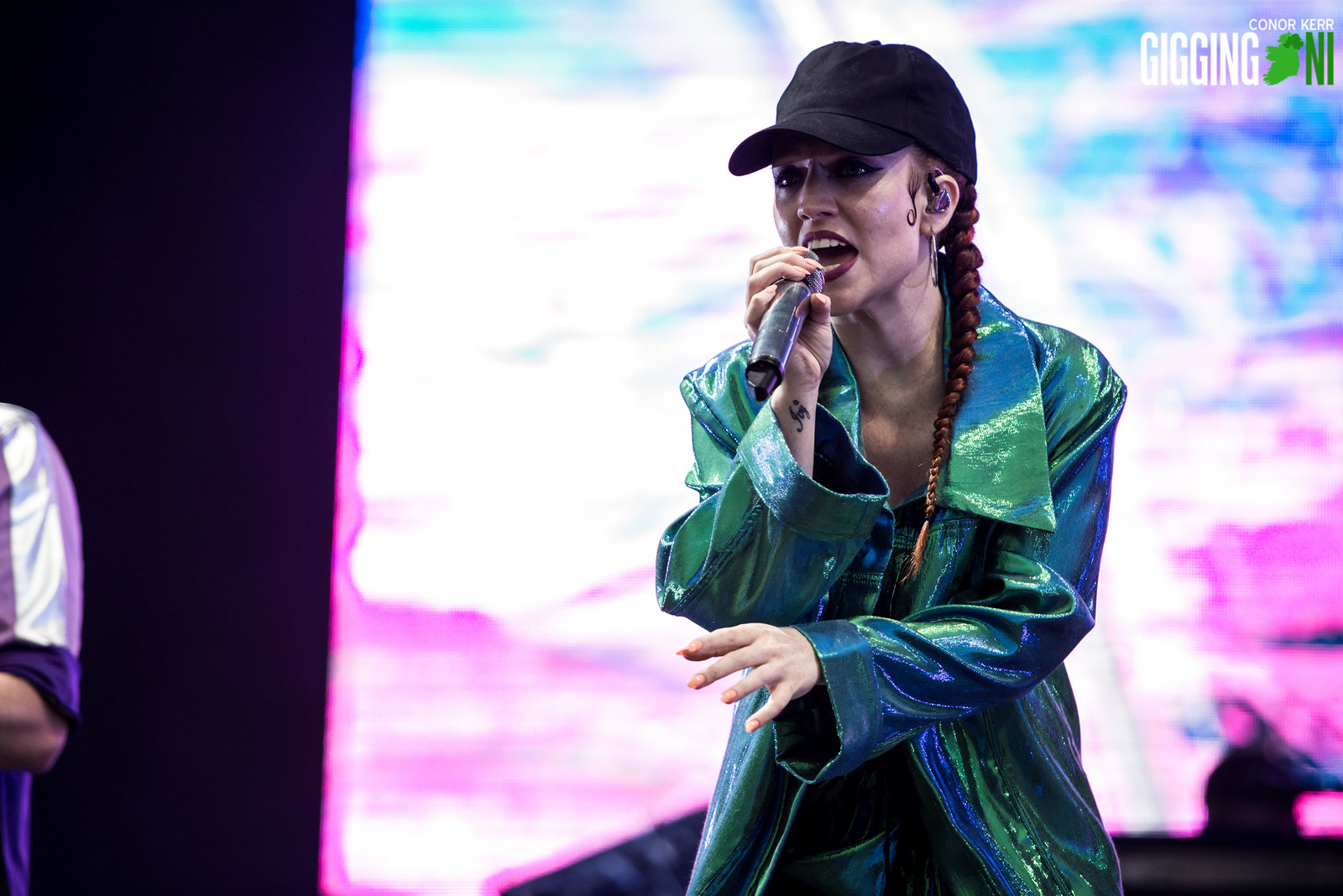