The beautiful Waterfront Hall in Belfast was packed to the brim with people for the sold out Picture This show on Wednesday night.

The Irish duo, from County Kildare, are made up of childhood friends Ryan Hennesy on guitar and vocals, and Jimmy Rainford on drums.

The lads are no strangers to touring, and have exclusively toured Ireland for their relatively short span as a band. They released their first EP last year which reached #1 in their home country of Ireland, and have also spawned well known singles, all of which reached the top 100 in their homeland. As well as having 93,000 likes on Facebook and over 14,000 followers on Twitter, it’s no wonder the tour was sold out, despite the group’s lack of a debut album.

They came to Belfast before returning down south to perform two of their last gigs in Cork, as well as coming from selling Dublin’s Olympia theatre a staggering five times.

Opening song ‘I Don’t Know Why‘ instantly got the excited crowd dancing and singing along, before diving straight into ‘Saviour.’ Ryan then addressed the audience, saying: “Thank you very much for coming out to see us, we’re very excited to be back in this beautiful place.”

It’s easy to see why the guys are so likable. The woman will love their thick southern accents, but their music is catchy with lyrics that almost anyone can relate to, which I’m sure is one of the secrets behind their success. An example of these lyrics are in their song ‘Dream,’ where he sings: “I fell in love four times today, but they don’t even know ’cause I just throw my heart away, too shy to say hello.”

The lads also announced to an uproar that their album is coming out this summer, before debuting new material from it, such as ‘Addicted To You‘ and, a personal favourite, ‘Carry On.’ The latter was a song they wrote about a girl that didn’t want anything to do with them, but as soon as they got a name for themselves, she was all over them. It included lyrics like: “Why is it so right? Why is it so wrong?” and “How am I so right? How am I so wrong?”

They also performed old favourites, of course the crowd’s reactions were going to be massive when they played well known singles such as ‘Never Change‘ and ‘Take My Hand.’ But it was refreshing to see that other songs got their time in the spotlight too, and not just the favourites.

‘For You,’ a track taken from their #1 EP, had everyone singing along as he thanked the audience for letting them get this far, finishing with: “Is everyone ready to dance?” During ‘Pretend,’ Ryan came right out onto the balcony on one of the top tiers to look down on the audience, singing: “I’ll be your everything, if you want.”

Other highlights include when they premiered a new song titled ‘Body and Land,’ which they claim to be about being with an older woman, and ‘Jane.’ Before the latter, he asked for everyone to be quiet, put their phones away and dim the lights. He stood in a single spotlight and sang the beautiful song to everyone, who couldn’t stay silent as they sang back to him: “You make me feel like love is real.”

Before ‘Let’s Be Young,’ Ryan told the Belfast crowd that the past few times they’ve played in the city that the crowds have been wild and he wanted them to beat their predecessors. It fit perfectly with the song about having fun and getting drunk. But everyone seemed to truly go mental whenever they played ‘You and I,’ as they had everyone on their feet, clapping, singing and dancing. 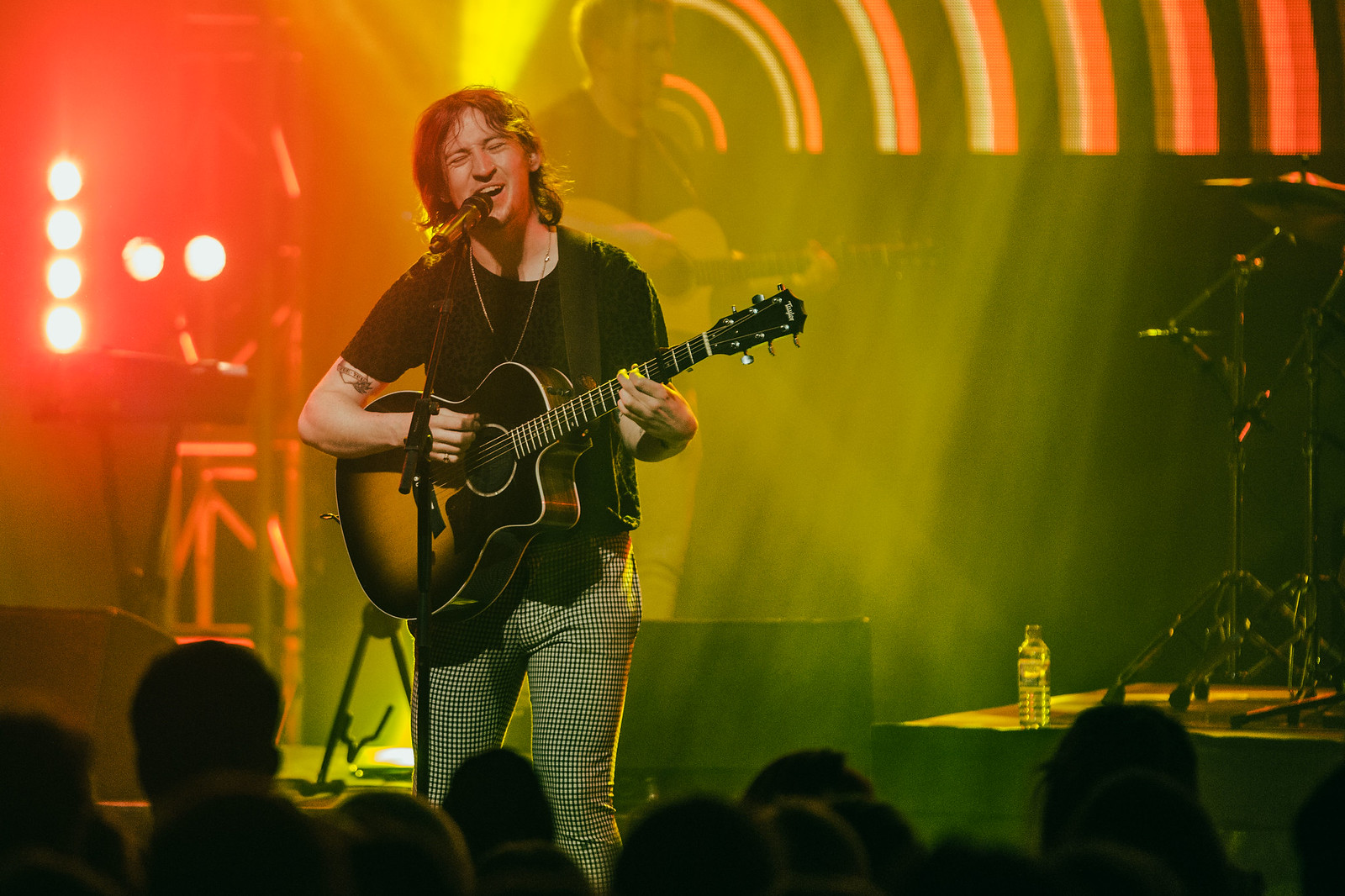