Last year two of Scotland’s best loved acts, eighties titans Simple Minds and Edinburgh songstress KT Tunstall, collaborated on an acoustic reworking of ‘Promised You a Miracle’ ahead of the band’s unplugged album Acoustic in November. Tonight, they share the stage at Belfast’s Waterfront Hall for a stripped back gig of their biggest hits, without the help of electric guitar and synthesisers.

Even before support act KT Tunstall begins proceedings, rather unusually Simple Minds frontman Jim Kerr creates an intensely personable rapport with the audience from the get-go; he enters the stage alone to introduce his friend and collaborator and shares fond memories of previous gigs in Belfast’s Ulster Hall. Not that Tunstall needs much of an introduction, as an energetic one-woman show who has graced the last decade with some of its best folk pop hits. Armed only with her acoustic guitar, a tambourine and a loop pedal, she has everyone clapping along within minutes of her entrance into the auditorium.

As the lights reflect off the huge chandelier above the stage, she plays a few tracks from her fifth and latest album, exploring the theme of space with her soft yet husky tones. Not wanting to dwell too much on new material, she launches into a punchy performance of the songs that made her famous, ‘Black Horse and the Cherry Tree’ and ‘Suddenly I See’ from her seminal 2004 debut Eye to the Telescope.

“Belfast – I’m gonna assume you’re not averse to a classic eighties pop song?” the singer teases, before taking many audience members back to their younger days with a high octane cover of The Bangles’ ‘Walk Like an Egyptian’. Tunstall provides a masterclass in musical multitasking, at times singing, strumming her guitar, recording a loop and playing tambourine with her foot all at once. She is never short of praise in expressing her love for Simple Minds, yet after a standing ovation, you’re left with the impression that such a talent is worthy of being more than a support act, if not headlining, any concert lineup.

Suave as ever, Kerr sashays on stage after his band and casually strolls among the crowd as he sings, high-fiving, hugging and even sitting with fans. As ‘Glittering Prize’ gets underway, it’s clear that the frontman’s abilities haven’t been hampered by age. Simple Minds’ sound is very much of its time, but that’s all part of the charm.

Female backing vocals complement Kerr’s, and give a strange injection of youth to such classic tracks. Not that you’d know Kerr is 57 – he swings his microphone off the stand, kneels by the amps and performs passionately through the set, even if he’s done it on tour for the past five weeks (or the past forty years for that matter). As he sings ‘Chelsea Girl’ from the band’s debut, Kerr emphasises how he didn’t want the classic idea of an acoustic set with stools and candles à la Nirvana, but simply a different arrangement of his songs. And he’s right: tonight’s show is not typical of an unplugged set, and especially unusual for a band so synonymous with the synthpop era. Fans seated on the floor flock to the front of the stage for ‘Waterfront’ and although tonight’s gig isn’t sold out, the cheers suggest that it’s a crowd of devotees.

Two surprising cover versions make tonight’s setlist: ‘Andy Warhol’, an obscure Bowie number from 1971 (much to this reviewer’s delight), and Buffalo Springfield’s ‘For What It’s Worth’, the latter duetted with the newly returned KT Tunstall. A more folk-infused rendition of ‘Promised You a Miracle’ is a different take on an eighties classic, but not at all displeasing. ‘Sanctify Yourself’, ‘Alive and Kicking’ and, of course, a mighty ‘Don’t You (Forget About Me)’ go down a treat during the encore of quite an extended set. ‘Belfast Child’ is notably absent, especially strange given that tonight’s host city gave the song its namesake, not to mention its massive potential as a poignant acoustic tune (and the band’s only UK no. 1 single).

For a perhaps unlikely billing, Simple Minds and KT Tunstall work well together and Tunstall could easily have featured as a co-headliner. Where sound quality sometimes suffers due to the acoustic nature of the show, the sheer musicianship of the performers and the hugely likeable Glaswegian frontman more than make up for it. Shaking hands with fans before he leaves the stage, Kerr sums up the band’s enduring career in one humorous quip: “You’re in grave danger of making us feel like rock stars.” 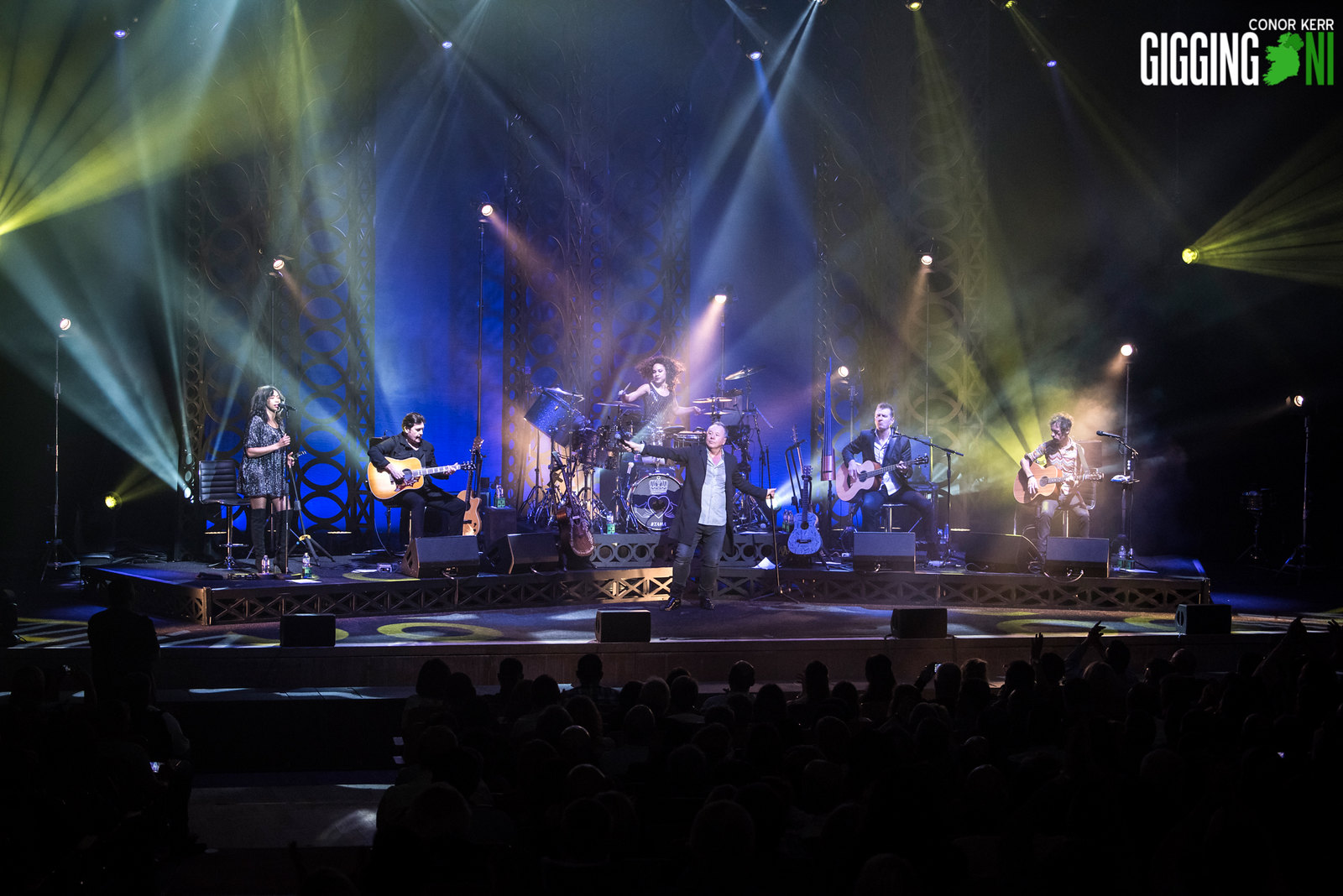