Red House are in the big white tent, kick-starting a full-throttle drive towards first-night headliners – Ulaid and Duke Special.

Red House are a twin guitar four piece and as their name indicates, they deliver a hard and heavy rock-blues set that sounds like it starts in the seventies (confirmed when a Thin Lizzy cover appears among their own songs) and progresses on through influences of the following decades. While young and at an early stage of life as a band, Red House already demonstrate consistently tight playing and the drummer impresses as a key asset with the guitars and the bass.

Next to pick up the entertainment baton is the main support act, The Emerald Armada. The Emerald Armada immediately engage with the audience and banter continues to flow throughout the set. They are storytellers in music that is melodic, nimble, funky, folky and, as festival host Mari Jackson quipped in her introduction, “it’s fun!”

If phrases like cross-community and inter-cultural were still in vogue, they’d be applicable to the headline performance, for various reasons, including… the intriguing coming together of musical expression from the independent communities of ‘traditional Irish’ and, let’s say, ‘quirky contemporary’. But whatever the categories, it’s the sparkling magic of artistic virtuosity that holds the stage tonight, without which any discussion of relevant classifications is only dull and lifeless. Here, in one presentation, is a treat of virtuosos: Ulaid (Dónal O’Connor, John McSherry, and sitting in for Seán Óg Graham – Cillian King) and Duke Special.

Indeed, The Headline Performance carries such sense of occasion that those words need to be capitalised. Prior to hearing this performance for the first time, the idea of the Ulaid and Duke Special collaboration has sparked eager anticipation. Tonight there is expectation of an experience that will be a sort of one-off, a landmark, uniquely formed from individual musical skills that have deep local roots, and world-class credentials.

It’s like an old-style super session, but one that, while it was maybe serendipitous (and certainly inspired) has then taken a journey through research and experiment; history and humour; diversity and combination; to arrive at accessible, innovative composition and dazzling performance. The creative fruit of this super-combo is a new ‘Belfast Suite’, performed as the main body of tonight’s set. The collaboration works: the performance reveals many layers of interest and connection.

Duke’s own songs often delve into the past, rummaging among the celebrated, the forgotten and the curious, as well as picturing the present, sometimes with gravitas, sometimes with comedy. So there’s the basis for creating a rich and novel suite, combining the historical (…9th century poem, text with first mention of Belfast Lough…) with whimsical curios, with the heart-touching traditional and the popular, contemporary Belfast.

The musical blend is rich, beguiling and appealing, never awkward or jarring. There is particular enjoyment in the whole new dimension created  by the song lyrics added to the traditional instrumentation. The biggest pleasure and success of the evening is maybe the new sounds discovered along with the new songs – the haunting match of  McSherry’s low whistle with Duke Special’s voice, being one example.

A Note Let Go can be pre-ordered here.

Scroll through our photo gallery by Julianne Rouquette, below: 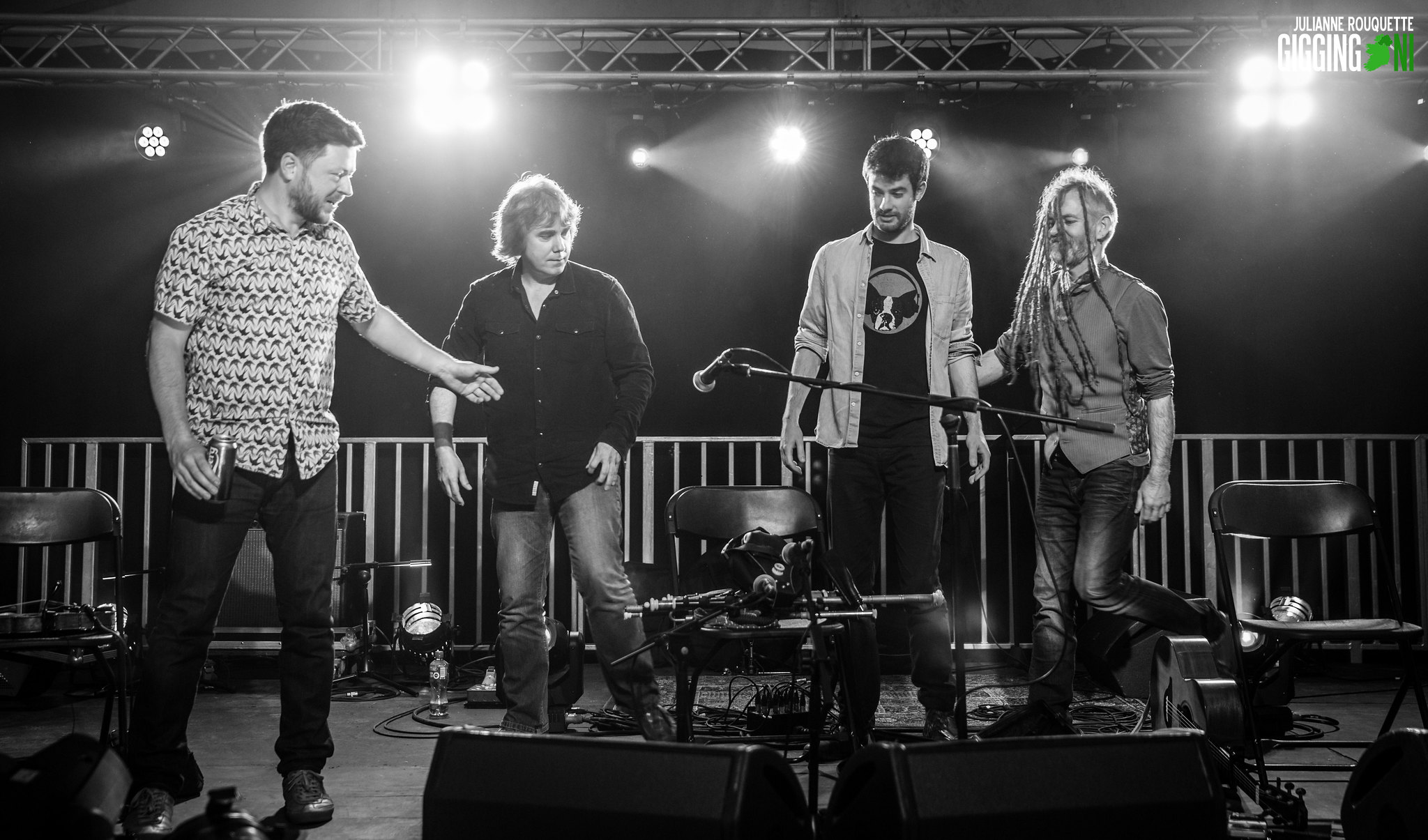 #NIMusic, Features, Get To Know

Get to Know: Neil Allen