The Limelight queue on Friday night was dressed with New Rock boots and doused in make-up as horror rock outfit Wednesday 13 landed in Northern Ireland for their first show in over ten years on this side of the water.

The Murderdolls frontman, also famous for his playful, tongue-in-cheek work with Frankenstein Drag Queens, was preparing for a headline slot on the Dogtooth Stage in Donington for Download Festival 2017. But first, Belfast was waiting.

Local act So Long Until The Seánce had their dreams come true when they were confirmed as support for one of their biggest influences and had the pleasure of opening in both Dublin and Belfast. Climbing onto the cramped stage of the Limelight 2, bodies were already filling the floor as they thundered into a set full with impressive guitar licks and sweet tricks.

Frontman Mike Van D commanded the audience into a little movement while the rest of the band performed with surgical precision. There is no question of their musicianship. They are delightful to watch, not too serious and provide adequate volume for the Limelight crowd to go home and research the band that call themselves S.L.U.T.S.

As the lights dimmed, and creaking floorboards sounded out the arrival of Wednesday 13, smoke filled the stage and figures arrived out from the darkness. A surge of photographers rushed to centre stage to try and grab an image of the spooky Wednesday 13 who launched straight into ‘What The Night Brings’ from their new record ‘Condolences’. The smoke soon filled half the venue and did well to keep mobile phones down, as you struggled to see the band rhyme through “I am the one that sits at the foot of your bed / When you think you’re alone at night / To make sure you’re tucked in, oh, so tight”.

‘Scream Baby Scream’ from 2008’s Skeletons was to follow as Wednesday loomed over the crowd, his hair flowing behind him. ‘Keep Watching The Skies’ was next as the band made sure to touch on all previous records before returning to the new record with ‘Cadaverous’. The atmosphere was eerie and, in truth, the crowd seemed disinterested to start – no doubt a few attended due to the Murderdolls relation, it’s inevitable. While an integral part to Wednesday 13’s history, this project is well oiled machine with over 7 successful records to their name.

Wednesday went Transylvania 90210 with classics such as ‘The Ghost of Vincent Price’ and ‘I Want You…Dead’ sandwiched between new delight ‘Blood Sick’, each played with true passion and an appetite to deliver an impressive stage show. With a skull mask on the back of his head, Wednesday turned his back on his audience throughout the set and sang while the creepy mask blankly stared out into the crowd. With screams of ‘Get your horns in the air, Belfast!’ ringing out from the speakers, the Belfast audience responded with cheers and arms aloft throughout ‘Hail Ming’ and ‘Cruel to You’ before title track ‘Condolences’ made an appearance. The new tracks hold their own and Wednesday 13 remain as brilliant as ever throughout.

When Wednesday addressed the crowd with ‘Thank you for coming out, Belfast’, ‘I Love To Say Fuck’ would be the band’s final song and, while being delivered excellently, ended up being quite disappointing as the stage crew quickly arrived on stage to disconnect microphones from equipment. It’s important to say that this was an early show, however there was another 35-40 minutes left to curfew and approximately 20 minutes or so to the set times predicted finish – enough for a couple of tracks at least. The crowd seemed baffled and the majority waited for the usual encore which unfortunately never came.

I’ve seen Wednesday 13 over ten times now – yes, big fan – however this show for me was meant to be special, or at least memorable. Instead, hit songs like ‘I Walked With a Zombie’ and ‘Bad Things’ were omitted and weirdly (disappointed to being mentioning this given how great W13’s own material is) no Murderdolls tracks. The band were great for the little time they were on stage but I fear Wednesday 13 may have had more than one eye on the band’s headline performance at Download Festival. Let’s hope Belfast isn’t such a stranger in the future.

Scroll through our photo gallery, by Warren Blair, below: 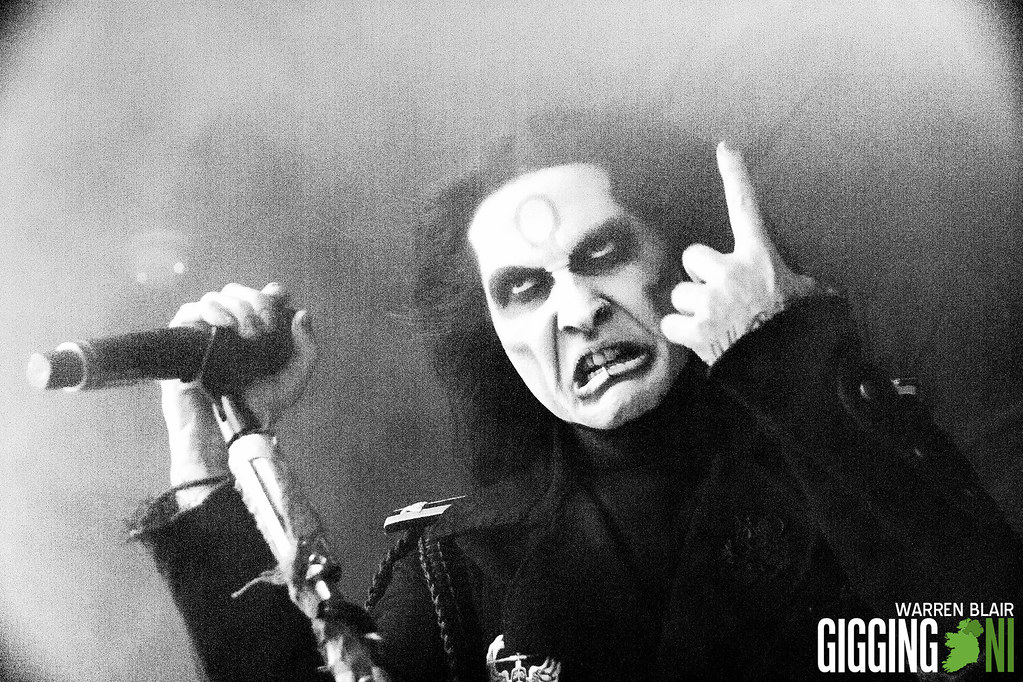 Tags:
limelight belfast, SLUTS, So Long Until The Seance, Wednesday 13