Belfast Vital had an incredible atmosphere for the Muse, Biffy Clyro, Nothing But Thieves & Fangclub show. As expected it was an evening of incredible musical talent, heavy riffs and the Belfast crowd going absolutely wild for some of their favourite bands. The event itself was run extremely well with a variety of attractions, eateries and of course the ever-important merch stall. Similarly, entering and exiting the show ran smoothly with friendly security & organisers all round.

First to grace the stage mid afternoon were Fangclub playing one of their biggest gigs to date, not to far from their hometown Dublin. Their genre is heavily mixed with influences coming in many forms for these guys. The best way to describe these guys is perhaps Garage Rock with a dynamic kick to it. One of the key songs which highlight their ability as a ‘grungy’ band is in the form of their song “Inside Joke” from their EP Coma Happy. This song combines gritty vocals alongside a heavy focus on percussion which is excellent in getting the crowd going and to help resonate with them. With their guitar and raw vocal ability they were definitely helping to get people in the mood for Biffy Clyro. Their self-titled album was released at the start of August this year and is genuinely worth checking out.

Next up were the band we’ve constantly been hearing on the radio, Nothing But Thieves. The band definitely has an intenseness around them and raw vocal ability is shown in many of their songs. They opened the set with “Ban all the Music” from their 2015 self-titled album. Lead vocalist Conor Mason’s falsetto is just one of the bands talent markers and despite him apologising during the set for not being well, it definitely didn’t reflect in some of the most flawless, rugged vocals we seen during the whole day at Vital. The key highlight of their set was when they played “Amsterdam”, the song we’ve been hearing all over the radio to close their part of the show. The crowd went wild, even people who were there exclusively to see Biffy Clyro and Muse, took a step back to marvel at this band’s unique grasp of indie music and mixed with the traditional rock showmanship. This track is from their album Broken Machine which is due to be released on the 8th of September. Definitely expect to see a lot more of these guys.

Crowd favourites Biffy Clyro came on stage with a setlist filled with crowd-pleasing hits and as an avid Biffy fan myself, I think it was one of their strongest sets I’ve heard live. The band, who clearly thrive of the energy of the audience, opened their set with “Wolves of Winter” from their 2016 album Ellipsis.

This immense guitar alongside the pure rawness of Simon Neil’s vocals had the whole festival listening, moving and most probably singing along. Similarly seeing Biffy perform “Living is a Problem because Everything Dies” is always a welcome experience as it’s the perfect crowd pleasing song which allows everyone to jump around definitely feel the festival vibe, especially for the people ‘moshing’ near the front. As previously stated, their setlist included some of their biggest tracks including “Biblical”, “Who’s Got A Match?”, “Bubbles”, “Black Chandelier” and the song everyone knew every word to “Many of Horror”. This variation of tracks highlight how dynamic Biffy Clyro have been from the early 2000’s until now. Despite this they still have their recognisable twist on each and every song the produce. Honestly, they were my personal highlight of the evening and nobody could top them for me however, I know that many people were there to see Muse who are now going home as avid Biffy Clyro supporters.

The headline act of Vital 2017 was Muse who came onto stage alongside the amazingly mesmerising SFX lightshow which really built anticipation amongst the audience. They then cracked into “Dig Down”, their single which was released earlier this year and is due to be featured on their upcoming album. This definitely caught the audience’s attention and it was clear to see how many people were lifelong fans of the band. One of the key moments of their set was in their performance of “Hysteria”, their 2003 single from their Absolution album. The crowd knew every lyric and the catchy riff alongside the strong bassline makes it into an ultimate crowd-pleasing tune. For me, my personal highlight of the set was their performance of “Supermassive Black Hole” from their fourth studio album Black Holes and Revelations. This super catchy tune is definitely one of their most popular songs and truly highlights Matt Bellamy’s incredible vocal ability.

Their whole set was incredible with amazing strobe effects featured throughout however I believe there were two types of people at the concert. The first being dedicated Muse fans who believe Muse was the highlight of the night and the second being dedicated Biffy Clyro fans who believe Biffy Clyro were the highlight of the night.

Overall, the evening was excellent and well put together with an excellent range of music and facilities available within the venue. Thankfully the evening remained dry and people were certainly making the most of it. Security presence was extremely strong although in some ways that is reassuring for many concert goers in light of everything going on around the world. Either way, it was an excellent night with an outstanding atmosphere and many people left having had a great time.

Click below and look through our photo gallery, by Chris McGuigan, below: 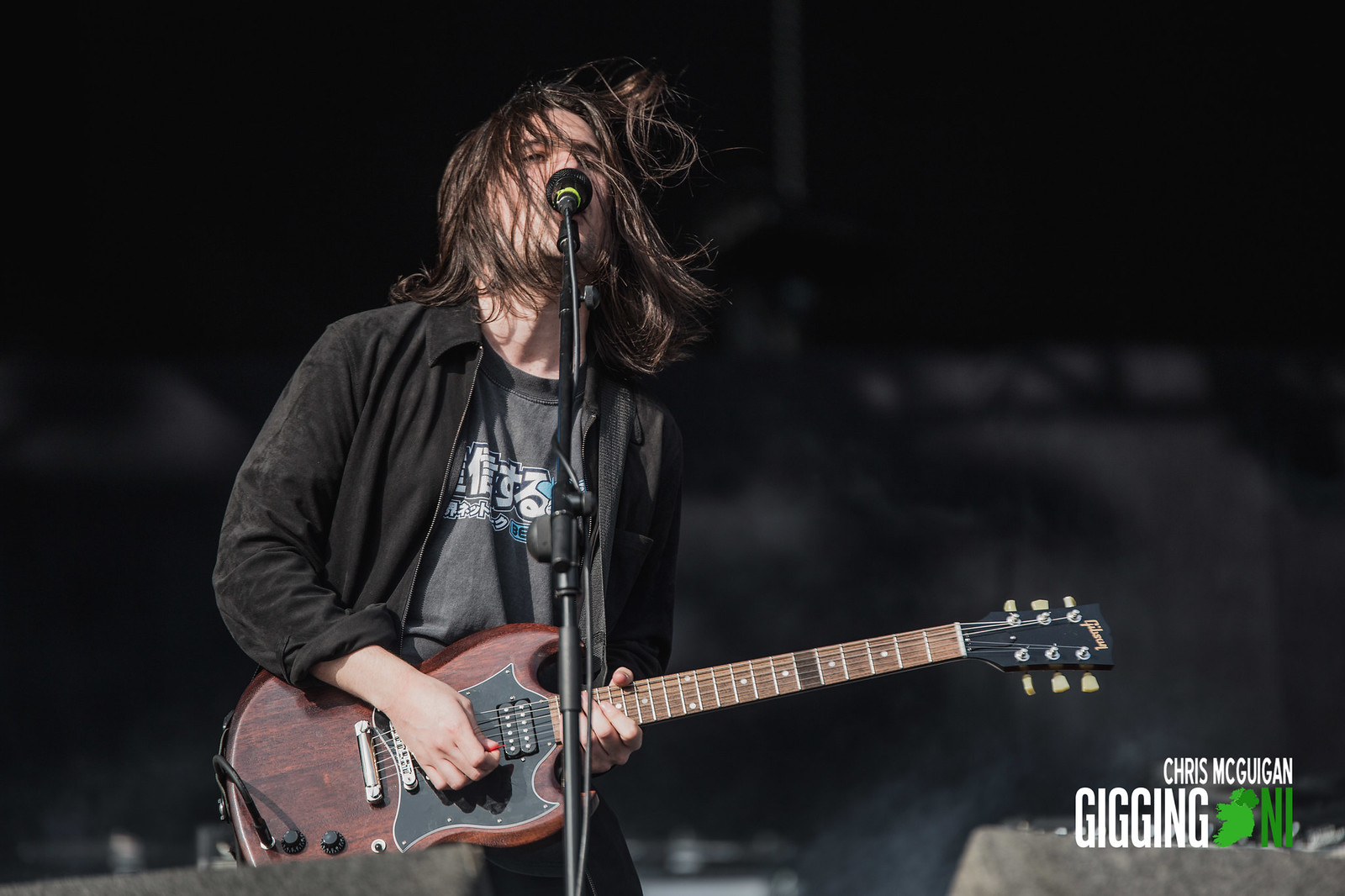