Well it’s the final day!  Everyone was dirty, muddy, sleep deprived and staving off the hangover with a warm can of beer and a Boojum at 11am.  But, we got up and we got ready for the final and biggest day of Sunflowerfest.  It’s nothing putting on some fresh glitter and dry shampoo couldn’t help.

Kicking off the day at The Barn was local pop/punk band Hello Casanova.  The guys have been going since 2016 and have quite a lot to boast about already – one including being the support act for The Sherlocks.  Their set started with the dynamic riffs and high energetic performance we have come to expect from them.  They played fan favourites as part of their set such as “Summer Talks” and “I Don’t Want To Talk” while interweaving funny anecdotes and stories about how hungover they felt (something we could all relate to).  There seems to be something incredibly personal when Hello Casanova play live – they don’t just play and go, they interact and have fun with the crowd.  It was a great way to set off the day and ensured everyone’s spirits were running high after two days of the festival.

A complete change in dynamic from Hello Casanova occurred when Belfast Ukulele Jam took to the Main Stage as the first act of the day.  They first played earlier in the weekend in the Forest where their set was incredibly well received by everyone in the quaint setting.  There was a huge number of people on stage as they gave the homeliest performance we’d seen throughout the three days.  They all harmonised and played their ukuleles and banjos to some of the most well-known songs in music.

Their set included classics such as Dolly Parton’s “Jolene” and Jonny Cash’s “Folsom Prison Blues”.  The field was filled with people sitting on the grass and belting out the songs along with the band.  A main highlight of the set was when we got the little bit of sun (followed by thunderstorms the rest of the day) whilst they were singing The Kinks’ “Sunny Afternoon”.  It was a perfect addition to the set and who doesn’t love a bit of poetic irony?  The guys gave a quality performance and started Sunday’s main stage with a wonderful chilled ambience.

In comparison to the relaxed Belfast Ukulele Jam we had the loud rock sounds of Galway’s Oh Boland in The Barn.  Their energetic and aggressive style that they’ve become renowned for was not lost in this set.  From start to finish it was all go!  They played an array of tracks from their debut album Spilt Milk and every track had The Barn dancing and swaying along.  The raw vocals, crazy shredding of the guitar, heavy bass and upbeat drumming made for a brilliant afternoon gig.  I would say the lads needed to down a litre of water afterwards as their catchy set was non-stop.

Bringing the much-needed blues to the main stage was the astonishing Amy Montgomery.  Amy has boomed onto the music scene in the last year and her performance on Sunday she had proved she is a force not to be reckoned with.  Her voice is like a mix between Janis Joplin and Stevie Nicks (I know, what a combination) and she truly captivated the audience with her unique and bohemian style.  The performance was not only musically flawless but it was an absolute pleasure to watch.  It seemed as though Amy had gone onto the stage and just done whatever she felt and went with it – it worked so well and made the set seem less regimented.  The main highlight for me was her cover of Led Zeppelin’s “Trampled Underfoot”.  Very rarely do you hear a Led Zeppelin cover and think wow; well this was a cover that did the original justice.  Her jazz-like voice fitted the song perfectly but she also made it her own and added that signature style she has quickly established.  This is one act that left the stage and I quickly started searching for when her next gig would be.

Sunday evening was approaching and the vitality of the final night was going to massively increase.  Nobody could do this better than Irish band Le Galaxie.  These guys have become renowned for filling dance floors around Ireland over the past few years and following the release of their album Le Club it is easy to see why.  Their electro-pop sound with Miami Vice-esque tones this set was enough to have anybody up dancing and not caring who they spilt their beer on.

The final act on the Sunday night arguably has the most difficult job.  They must bring everything together and ensure their act is memorable and everyone is buzzing.  This burden was left to Waterford band King Kong Company.  In short, they achieved everything they needed to and more!  There was so much happening on stage it was a job to keep a track of it all.  With the amazing visuals, constant costume changes, Doctor Who references, flying space hoppers and a light show that could warrant its own review King Kong Company brought everything they had to Sunflowerfest.

Their collaboration of old school electronic alongside brass instruments and the beautifully hypnotic vocals meant the crowd had so much to focus on.  The crowd interaction throughout was also nothing short of professional with their references to The Twisted Sisters and telling everyone to go to the Campfire after for a drink and a chat.  Their performance was an immense ending to the weekend and the non-stop dancing ensured we all let out that last burst of energy.

Whilst there were so many amazing acts on Day Three of Sunflowerfest, one in particular stood out to me.  That was Essex folk singer Beans on Toast at the Campfire.  His humorous style mixed with political protests and alcohol was very refreshing as it came across he was singing about topics he genuinely cares about (whether it be government oppression or having a beer on the sofa with the one you love).

Beans on Toasts’ (Jay McAllister) set was incredibly personal and got a fantastic reaction from the crowd.  His songs were reminiscent of those random conversations you have with friends or those in depth, drunk chats you have in a bar.  There was no filter and he sang about everything that meant something to him.  Frequently whilst he was playing he would stop in the middle of a song and give a short explanation of the next verse before going right back into it.  The Campfire in itself is a relaxed venue but this particular set was something else.  It was refreshing hearing songs that you can personally identify with and go away thinking about afterwards.  For this reason, Beans on Toast was my favourite act of the last day.

So that’s it… Sunflowerfest has come to an end for another year and we have to wait 12 whole months for the next one.  It was a mixture of great food, drink, an array of activities and a fabulous showcasing of local and wider talent.  Here’s to another year of great music and hopefully you’ve discovered a number of acts you’ll follow from now on because of it.  See you all next year! 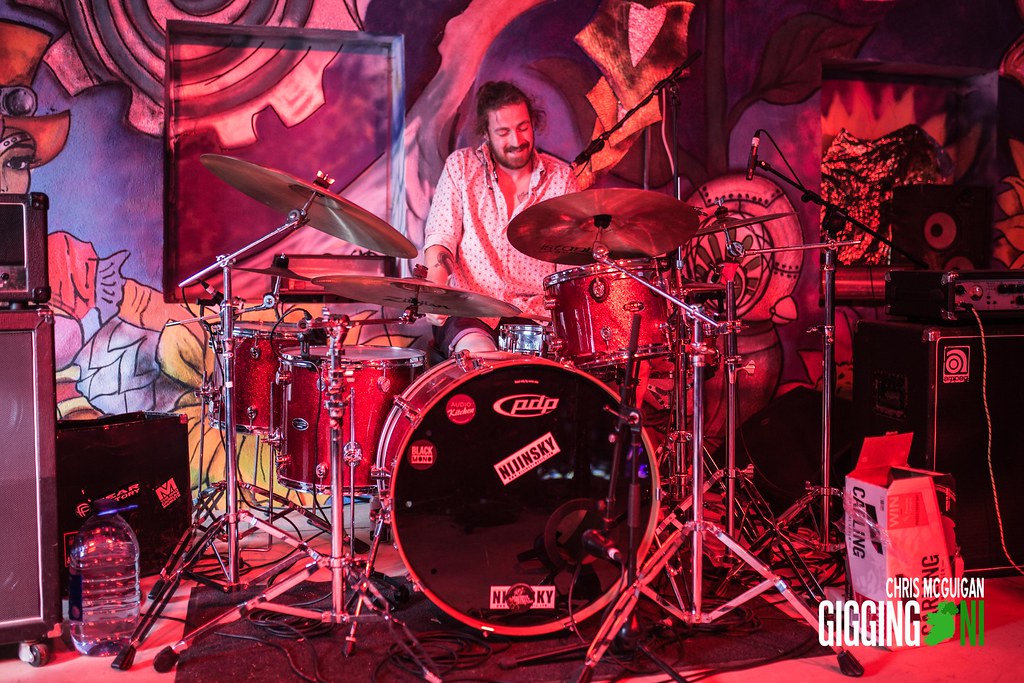 Five Minutes with …Beans on Toast