When in 1989 Ramones founding member and bassist Dee Dee announced his decision leave the band, his replacement was going to have a lot to live up to. Dee Dee did more than play bass; he created a style, sang, played and penned some of the iconic punk band’s most well loved tracks.In the seven years that were to follow, CJ revitalised the band and earned the Ramone name he still dons to this day. While The Ramones were infamous for their relentless touring schedule tonight is CJ Ramone’s first Belfast gig. It may have taken some time but it proves to have been worth it.

The early show is kicked of by Belfast punk band The Defects. Taking inspiration from none other than The Ramones themselves the band played hard and fast opening “Head on Collision” with that familiar “1-2-3-4” yell. Lead singer Ian Murdock announces the band will release a new album at Christmas time but fans will have to wait for any new material. Tonight’s set is a journey through their back catalogue from the “wee bit political” “45 minutes” to a punk rock styled cover of Bob Marley’s “Get Up Stand Up”.

Next batters up are American band The Isotopes. The band instantly make an impact as they are led on by a man in a pair of sunglasses, a denim cut off and a jockstrap. Baseball bat in hand he proceeds to do his warm up stretches as any good sportsperson should. Around him, the band keep the baseball theme going, each wearing caps and t-shirts in support of different teams. As the almost naked man parades across stage to a punk version of “Take Me Out To The Ball Game” it seems that the some of the crowd aren’t quite sure what to make of them. However the band’s musical capabilities and commitment cannot be faulted. When during “Indian Summer” an instrument cuts out, the guitarist takes himself off, picks up another and allows his band to continue uninterrupted before rejoining. Unjustified minor heckles to stop talking and just play the songs are handled well. With any technical difficulties quickly rectified, The Isotopes race through “Rochelle Rochelle” and “Bleacher Creature Girl”. The set is rounded off with their bat wielding “mascot” generously throwing sweets to the crowd which are stored…well the only place they can be in a jockstrap.

CJ Ramone wastes no time launching straight into “Let’s Dance” from the iconic self titled Ramones 1976 album which shaped the entire punk rock genre. The first part of the setlist is peppered with songs from his solo career such as “Understand me?”, “Three Angels” (a tribute to his Ramone brothers who have passed) and new song “Girlfriend in a Graveyard”. Tonight’s show is part of a tour in support of the Ramone’s latest album American Beauty which was released earlier this year on Fat Wreck Chords. In these tracks CJ shows that while he keeps the spirit of the original band alive, he’s not content to resign himself to playing the same songs time over.

That said, CJ gives the fans plenty from his huge Ramones back catalogue. He jokes at how when he toured with the band he never got to play any of their famous love songs as lead singer Joey had penned them about guitarist Johnny’s wife. Tonight as CJ is “driving the bus” he indulges himself and the audience with “I Wanna Be Your Boyfriend”.

The “encore” slot is substituted with a promise to play more songs rather waste time if the Ramone is plied with whiskey at the bar. As everyone is in agreement CJ and his band blast through “53rd & 3rd”, “Commando”, “California Sun” and personal highlight, “Bonzo Goes To Bitburg (My Brain Is Hanging Upside Down)”.

Fists and voices are raised during “Blitzkreig Bop” which seems as though it could have been the perfect way to end tonights intimate show. CJ however has other ideas and closes the night with “the only one [he] could end with”. The Motorhead penned “R.A.M.O.N.E.S” which pays tribute to the fast four is played at breakneck speeds. Before leaving the stage to collect his whiskeys at the bar CJ voices what everyone here tonight feels; “Ramones Forever”. 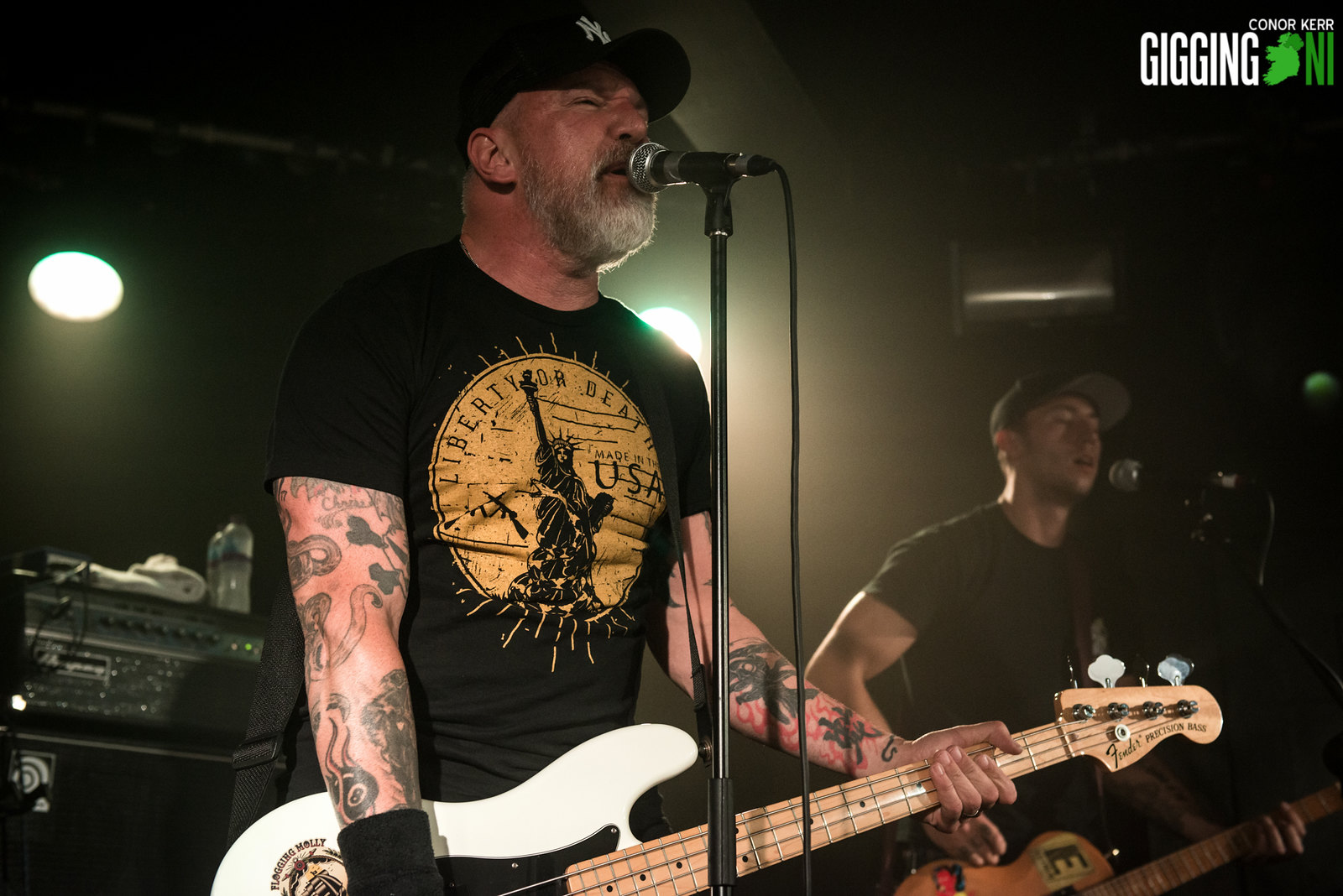