Sunday nights in Belfast aren’t what they used to be, says Luka Bloom. When he first came to the city years ago he says he could hardly get a sandwich on a Sunday and now he gets the opportunity to stroll around the House of Fraser. Although he wonders is it really a good thing.

Luka Bloom walks through the crowd onto the stage at the intimate Black Box venue carrying a cup of tea. It’s going to be one of those Rock n’ Roll nights.

It’s now album number 22 for the man from Newbridge, Co. Kildare and for the next two hours and twenty minutes or so it’s just him, a guitar and a bunch of flowers in a vase perched on a coffee table at the rear of the stage. It’s obvious there are going to be minimal pyrotechnics on display tonight.

The setlist tonight is a varied mix of tracks from his new album Refuge, some old favourites and a couple of cover songs thrown in for good measure.

He tells a short story before he meanders into “Diamond Mountain” and it is the first story of many on the night. Every song has a story pegged onto it and it perfectly gives an insight into the varied and interesting life Luka Bloom has led.

It’s intriguing that just one man and his guitar commands the respect and interest of a packed house here in Belfast. You could hear a pin drop at times, save for the one guy at the back of the room who shouted his song request on at least half a dozen occasions. I think Luka heard him the first three times.

“Blackberry Time” was written after a chance encounter with a fan in Hamburg called Maggie. It explores the notion that we all just rush through life and don’t take time to stop, look around us and enjoy what we have. We are missing out.

Luka Bloom’s whole thought process seems to revolve around the earth and the land, from the centuries old art of cutting peat in the song “Bogman” to our taking for granted that we have water to drink in “Water is Life”.

The beauty of the man is in his storytelling, whether through his music or just the anecdotes. He manages to write poignant but ultimately simple songs about lost love and his feelings for the Irish countryside and landscape.

His live set encompasses fascinating three minute songs which draw the listener in, tell them what they need to be told, then moves on to the next tale. It is a fascinating experience and never allows minds, within this appreciative audience, to wander too far.

He talks fondly of singing a cover version of his own song, “City of Chicago”, written by himself but subsequently recorded by his brother, Christy Moore. His only comfort he says is that he retains all the royalties from the song.

There is a genuine sense of heartfelt emotion through the night as he plays songs that cut deep into the issues people face everyday. Those include mental health, death and self respect through “Exploring the Blue”, “Gone to Pablo” and “Don’t be so Hard on Yourself”.

He does an encore of sorts after threatening to leave after two hours on stage but plays on for a while longer. He finishes a fantastic set with “You Couldn’t Have Come at a Better Time”, “Man is Alive” about him as a young child who, whilst too young to remember, later realises through the memories of others how great his father was. “Fertile Rock” shows his love and concern for nature and the undeniable need for all of us to protect the environment we live in and are lucky enough to share.

After nearly two and a half hours this storytelling session, delivered perfectly through song, is over but will not be forgotten in a hurry.

Until the next time.

To view our full gallery by Gerry McNally, click the photo below: 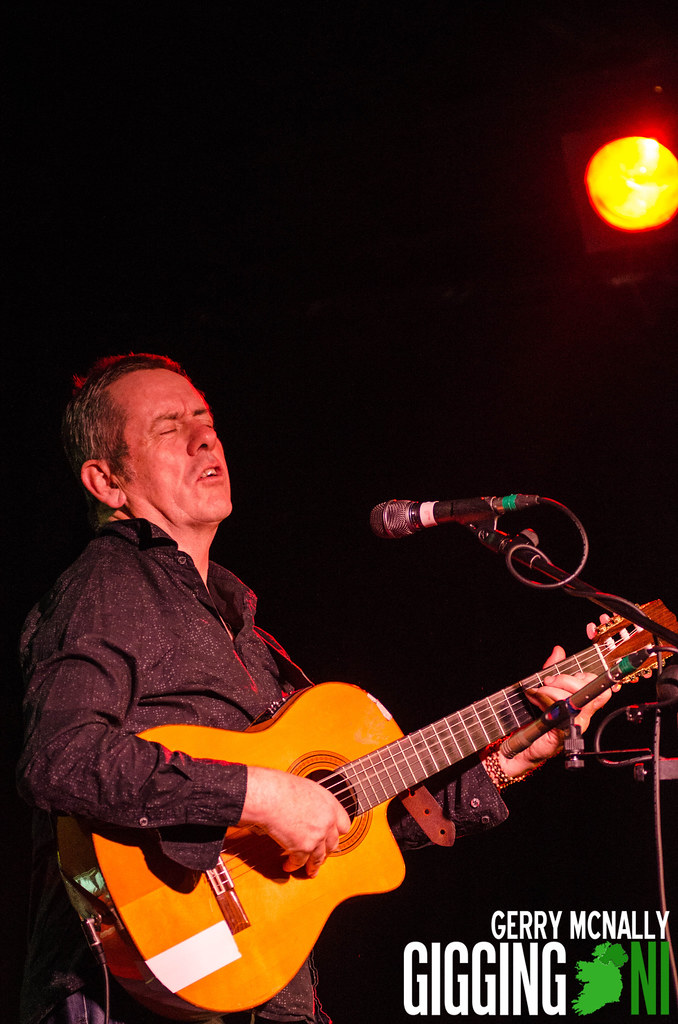