Ah yes, time for a nice night of relaxation while listening to some calm and peaceful music. Pssh, as if! Not in the Limelight 2 that is because The Distortion Project has taken over once again. So with the peaceful nonsense abandoned and a fresh coat of corpse paint were slapped onto many faces because the mighty Belphegor and their dark friends brought their music of infernal proportions to the Irish shores.

The lineup for this night has gone through more changes than I have Sunday dinners, with Nordjevel and Destroyer 666 pulling out, so that meant longer set times for the band’s who turned up. Death metallers Nervochaos, who hail all the way from Brazil, showed off their brand of hellish behaviour including lead vocalist Lauro Nightrealm’s growls as they echoed throughout the club. The band may have suited the lineup but their general performance, that showcased tracks like ‘Total Satan’ and ‘Pure Hemp,’ was rather dissatisfying plus things got rather weird when Lauro accidentally mixed Northern Ireland up for England.

As the night grew darker, it was time for iconic black metal band Enthroned to lead the Belfast congregation to a full blown, satanic worship session. The band itself may have been through a lineup change since they last graced this land in 2013; but everyone’s eyes were focused on the imposing figure that was frontman, Nornagest who showed off a collection of upside down crossings and Baphomet poses. From strobes galore to a sound that shook the very foundations of hell itself, Enthroned put on a performance that demonstrated how black metal should be done even to the point where even Satan himself would be terrified of them.

As goat skulls and skeletons engulfed the Limelight stage, it could have only meant one thing; the Austrian titans Belphegor were in town. Compared to the rest of the acts, no one could top how menacing Belphegor’s stage presence was, from the skeletons to all the spikey guitars plus the big kahoona Helmuth’s petrifying screech between songs. The band’s new album ‘Totenritual’ was of course the main focus of the night with ‘The Devil’s Son,’ ‘Swinefever – Regent Of Pigs’ and ‘Baphomet‘ being the stand out tracks, all while Helmuth reminded everyone that god was not present throughout their performance.

One of the downsides to their performance was the fact that you could just hear the odd person shouting ‘destroyer’ which was of course referencing to the fact that Destroyer 666 pulled out a few days before hand; thankfully Belphegor were able to brush off these chants and just continue with their thunderous set where classics like ‘Bleeding Salvation’ and ‘Stigma Diabolicum’ kept the life going in the scarce mosh pit.

I am by no means a black/death metal fan but I will appreciate the performances themselves. While Belphegor may have been the top dogs for the night, it was Enthroned who stole the show with such a tight and huge performance. Either way, I am sure Lucifier himself is beaming with joy that his work has been carried out successfully in Belfast.

View our full gallery from Marc Leach by clicking the photograph below: 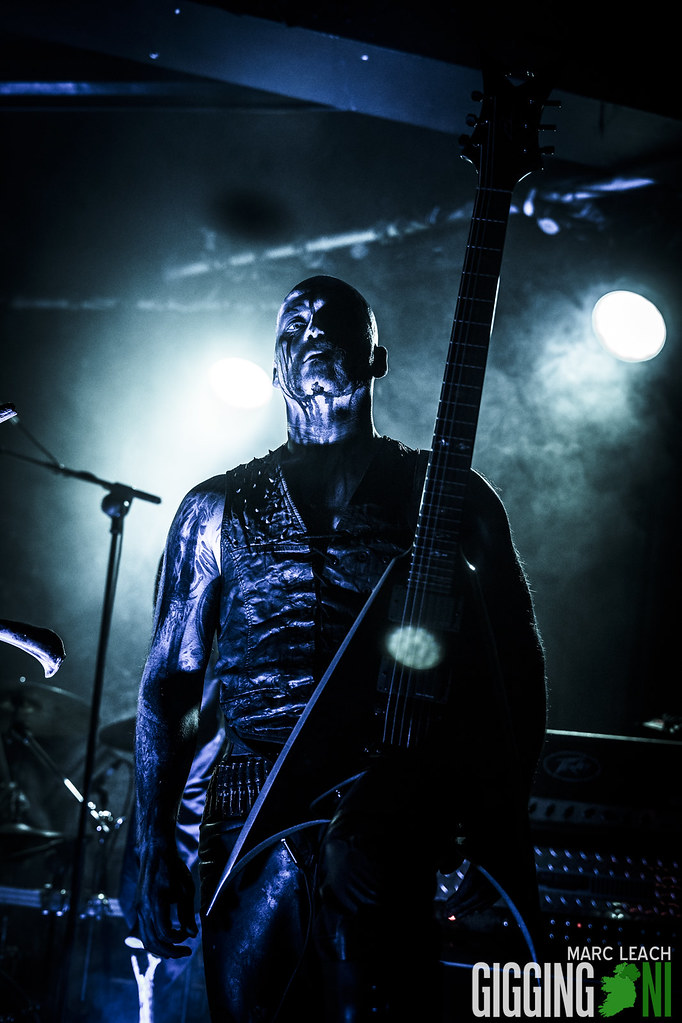