Waylon Jennings, Johnny Cash, Willie Nelson, Kris Kristofferson and Glen Campbell. That’s a County Music Hall of Fame right there and all of them have turned to Jesse Dayton to provide guitar at some stage during his career. Dig a little deeper and you’ll find that Dayton has played guitar in a large number of bands and contributed to film soundtracks with long-term collaborator, Rob Zombie.

Dayton’s solo output is not quite as country as you would expect, and he played at The Real Music Club in Belfast as part of a tour to promote his ninth solo album, “The Revealer”. Dayton is hard to pigeon-hole but there’s a very definite Rockabilly streak to him, so it was no surprise to find Belfast’s own Sabrejets supporting him at the Errigle.

There’s no surprises with the Sabrejets – straight ahead, foot to the floor, whoopin’ and a hollerin’ rock and roll with possibly the best collection of shirts in Belfast. Somewhere along the line they’ve acquired a new drummer and he is a fine addition to their lineup.

We’re treated to some tracks from their up-coming album including the subtle “Storm in a D Cup.” We have to wait to the end to see Bill Johnson (on bass) grab his maracas, and the band end on a version of “I fought the Law” that is played at a speed that makes you want to put a seat belt on.

Dayton’s songs are packed with dark and dirty thoughts and minor-chord subjects, but he injects them with a dry and droll sense of humour; see “I’m Home Getting Hammered (While She’s Out Getting Nailed)” if you want a concrete example of this. His roots may be firmly in Louisiana and Texas, but his tongue is firmly in his cheek.

He seems too big for the stage at the Errigle and that’s mainly down to his personality and stage presence. He plays with a basic three piece tonight, accompanied by bass and drums and Dayton explains that his voice “is a little shit” due to a couple of late nights catching up with World Series baseball games and his favourite Houston Astros. A couple of (medicinal) hot Jamesons provided by audience members seems to help him get through the evening and in truth, he sounds far from bad.

He kicks off proceedings with “Daddy Was a Badass” from the new album and it only takes a couple of songs for him to have audience fully engaged and he peppers the evening with autobiographical stories. He can certainly play, and Dayton name-checks Jerry Reid as being one of the biggest influences on his guitar style – you can hear it in many of his licks and I think there’s also a touch of Chuck Berry in there too at times.

“Loretta” is a stand out track; a real bar-rooms country/blues ballad and there’s a also a frantic and cranked-up cover of the Rolling Stones’ “Hip Shake.” When he hits the bottleneck solo on this, there doesn’t seem to be enough frets on the guitar to cope with the notes. After a bit of enthusiastic prompting from the audience, we get George Jones’ “Step Right Up” which Dayton describes as “Hillbilly baby-making music.” This is followed by the “hillbilly Shakespeare epiphany” that is “3 Pecker Goat.”

Dayton takes the time to thank The Sabrejets for supporting him and dedicates Johnny Horton’s “I’m Coming Home” to the band. We get treated to “I’m Home Getting Hammered” which he introduces as a song with two chords and 200 Jerry Reid licks; he’s not lying about that. Dayton tells a great story about how he ended up writing a “stupid’ soundtrack for a Rob Zombie film which ending up netting him more money than anything else he ever recorded.

The evening wraps up with a Waylon Jennings cover which segues effortlessly into Creedence Clearwater Revival’s “Run Through the Jungle.” There’s no late night baseball tonight, so hopefully the band might have an early night and get rested up before the remainder of the tour. Hopefully, but somehow I don’t think so.. 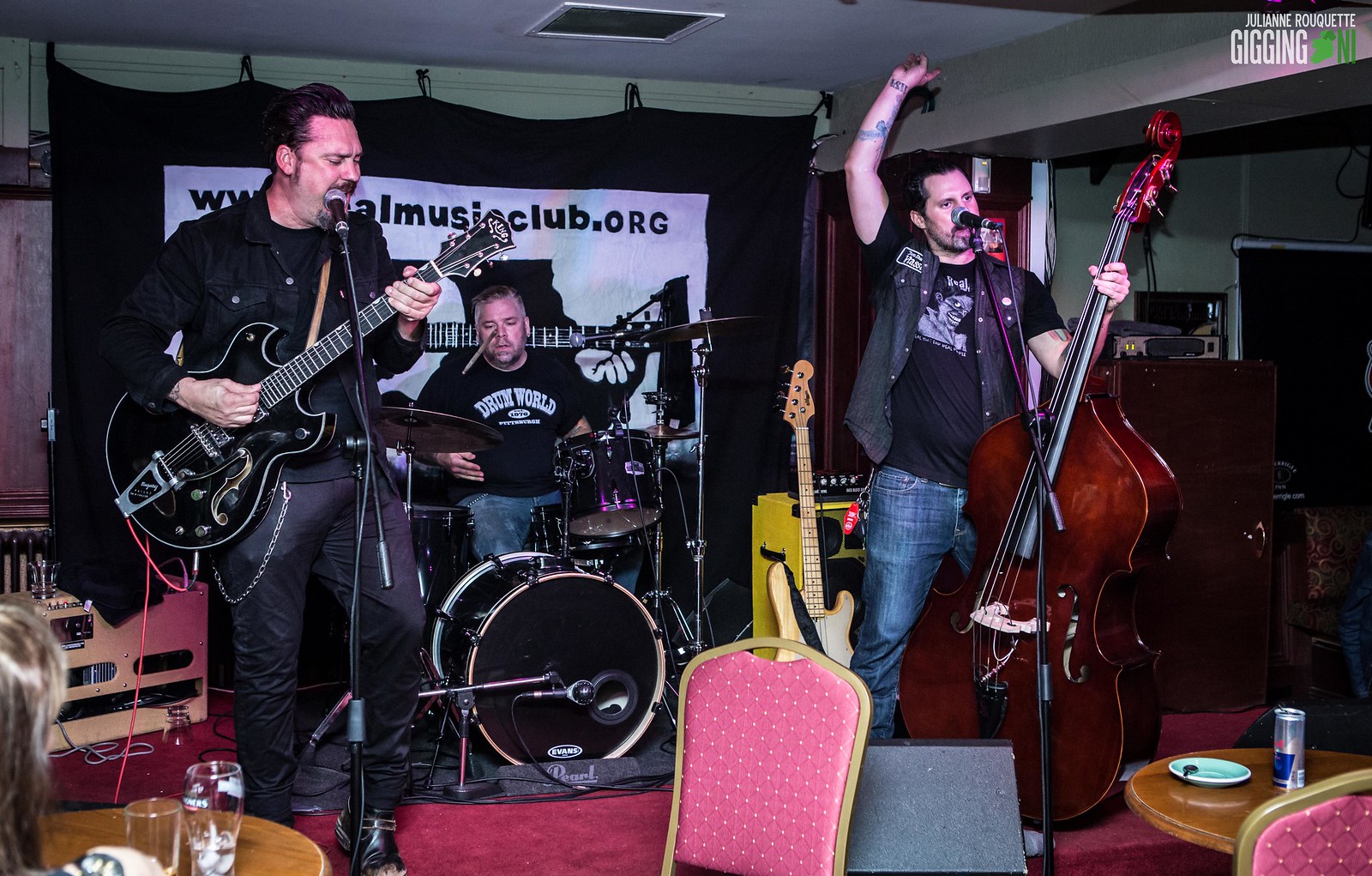