Electronic band Orchestral Manoevres in the Dark have been on the go since the seventies and yet their early music has not aged and their new music continues to be innovative and as catchy as ever. On Tuesday evening they brought their ingenious set to Belfast and certainly did not disappoint as they provided one of the most energetic performances I have seen in a long time.

The night opened with Dublin electro-pop band Tiny Magnetic Pets. With a number of EP’s and a debut album under their belt they are fully established in the electronic music scene. The three piece consisted of vocals, electronic synth and percussion. Paula, the lead singer, was very confident when engaging with the crowd and trying to get everyone engrossed in the set. She had a beautiful way about her as she delivered flawless vocals to the upbeat tracks. The crowd wasn’t overly reactive in the sense that people weren’t dancing about but it was more than likely they were saving their energy for the main headliners.

When OMD came on stage the cheers in the stiflingly warm venue erupted as a single light beam came down onto each of the band members. Their set started with a synth intro before the drums kicked in as Andy was gearing up to start into their first track “Ghost Star“. The entire song was in darkness except for the lights that remained on each member; it created such an ominous and dramatic tone as everyone watched in anticipation.

The four piece then went straight into their next song “Isotype“, one of the many gems on their latest album The Punishment of Luxury. It was great to see the crowd singing along to these new tracks and not just expecting all the classics. In saying this they went straight from 2017 back to 1980 in a heartbeat as they belted the track “Messages“. The juxtaposition of new and older tracks reiterates OMD’s ability to move with the times yet keep their signature sound that we all love and recognise.

Throughout the entire set I don’t think I saw lead singer, Andy, stop dancing or moving around. If he wasn’t dancing he was walking around and swaying with his bass guitar. That was until he took a well deserved break and keyboard player Paul took to the forefront of the stage to sing “(Forever) Live and Die“. This was a big hitter with the crowd as everyone was singing and dancing along and even throwing the bra on stage (yes, there was a bra thrown on stage).

OMD were also so good at making their set memorable and not just something you walk out of and don’t think about until you hear their songs on the radio. One way they did this was the vote at the very beginning of the show. As everyone walked in we had a choice of one of their songs. We had a choice between “The New Stone Age” or “Genetic Engineering” to which “Genetic Engineering” won by a landslide. It made it all the more personal that the fans had some form of input into the setlist and made the night all the more unforgettable.

The guys certainly gave it their all in Belfast and did not stop the entire night. Their setlist was diverse including tracks such as “Joan of Arc” and “Tesla Girls” before obviously finishing on the iconic “Enola Gay“. From what I could see from the crowd I wasn’t the only one that was mesmerised and covered in sweat after Orchestral Manoeuvres of the Dark proved why they are still selling out gigs across the country nearly 40 years since their debut.

View our full gallery by Conor Kerr by clicking the photo below: 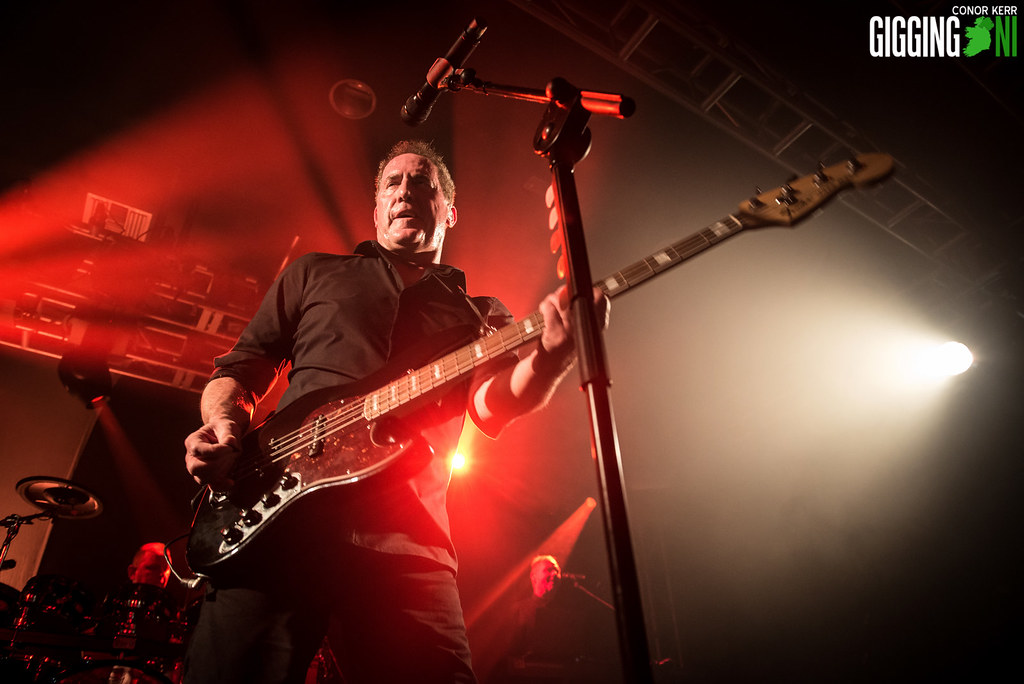