Picture This have quickly grown into one of the biggest bands in the world right now. With a number one album, sell out gigs and support slots for acts like The 1975 and Niall Horan they are no strangers to playing in front of a big crowd. Last night the guys kicked off their first arena tour in none other than our very own Belfast.

Supporting Picture This was one of Ireland’s biggest names The Coronas. Having played Belfast a number of times before they came out with the confidence and banter that we’ve all grown to love. As they entered the stage Danny O’Reilly made his reveal memorable by dancing and having craic before they started into their first song “Real Feel”. The crowd were engaged from the very start as people were dancing and singing along before the guys blasted into their next track “Addicted to Progress”.

The Coronas appeared to be thoroughly enjoying themselves and were gearing the crowd up for the main headliners as they played great track after great track. Their set list included several of their hits including “We Couldn’t Fake It”, “Closer to You”, “What a Love” and their new single “Give Me a Minute”. The guys made the set seem very personal and heartfelt through their crowd interaction – a highlight being before they played “What a Love” they instructed everyone to hug the person beside them even if they didn’t know them. It was these little touches mixed with the fun they were having that managed to get the crowd even more excited for Picture This.

Their set was finished on none other than “Just Like That” and Danny O’Reilly really put everything into this final song. Not only was his performance beautifully dramatic but he gave us the passionate manner that he has become known for. The Coronas fulfilled their role of setting the precedent for the rest of the night whilst giving Belfast a little taster of their headline gig later in the year.

After what felt like a few minutes the lights went out and a montage video of Picture This played on a big white cloth hanging across the stage. The crowd was going insane with anticipation as the screams were getting louder. Suddenly the cloth dropped and the guys were dramatically standing up on stage (all we could see were silhouettes). Everyone went crazy as they went into their first song “Let’s be Young”. To rile everyone up even more at the end of the track they released confetti from canons. This is quite unusual for a first song, normally something that is reserved for later in the show. However, it let everyone know that we were in for a dramatic filled evening and these guys were going all out for their first show of their tour.

Lead singer, Ryan Hennessy, introduced the band and explained how happy they were to be there and how much they loved Belfast. This was a regular occurrence throughout the show but it did not seem like empty words. He made a point of saying “I know people just say that but we really do love you Belfast”. Whilst they have achieved unbelievable success they appeared to be very humble and wanted everyone to know that without the fans they would not be in that arena.

The set list was an array of tracks from their debut album including “Dream”, “Difference” and “Jane”. They were very good at creating a personal touch throughout the set, despite it being in front of thousands of people. At one point the entire band went to the very front of the stage, set up a keyboard and some drums and played “95”. Having them all in such proximity with one another and so close to the fans really changed the dynamic of the arena as everyone looked on in awe.

There was a great amount of crowd interaction throughout the night as Ryan and Jimmy took it in turns to hold the mic and have a bit of banter. Jimmy even mentioned at one point “It feels weird holding the mic. Get me back to the drums, I can’t handle the pressure” as he laughed. The whole band consistently had a laugh with each other which made it even more enjoyable to watch. They were also very appreciative of The Coronas and country singer Catherine McGrath for supporting the show.

The set continued to swap between intimate moments to full on sing your heart out tunes and even the odd sad song. “Smell Like Him” would have had a few eyes welling up, especially as we were told beforehand that “this is the saddest song of the night so if you’re here with someone hold them close.” The guys were good at ensuring that the crowd was always engrossed in every track as well as having a few surprises in store. They opted for more confetti, a raining water feature, tops being taken off and Ryan even made a cheeky trip down to the pit (you instantly heard the screams and saw iPhone’s being held up to catch a glimpse of the singer).

Never have I heard screams like it than when the guys came back on stage to perform their encore. They decided to close the night on arguably their most well-known songs “Never Change” and “Take My Hand”. From start to finish the entire night was a massive build up and Picture This illustrated why they have gained so much success in such a short amount of time. Not only was their set musically flawless, but the backdrop and videos meant there was always something that caught your eye. I think Belfast should feel privileged to have been chosen as the first destination on their tour and Picture This will only get bigger if that gig was anything to judge it on. 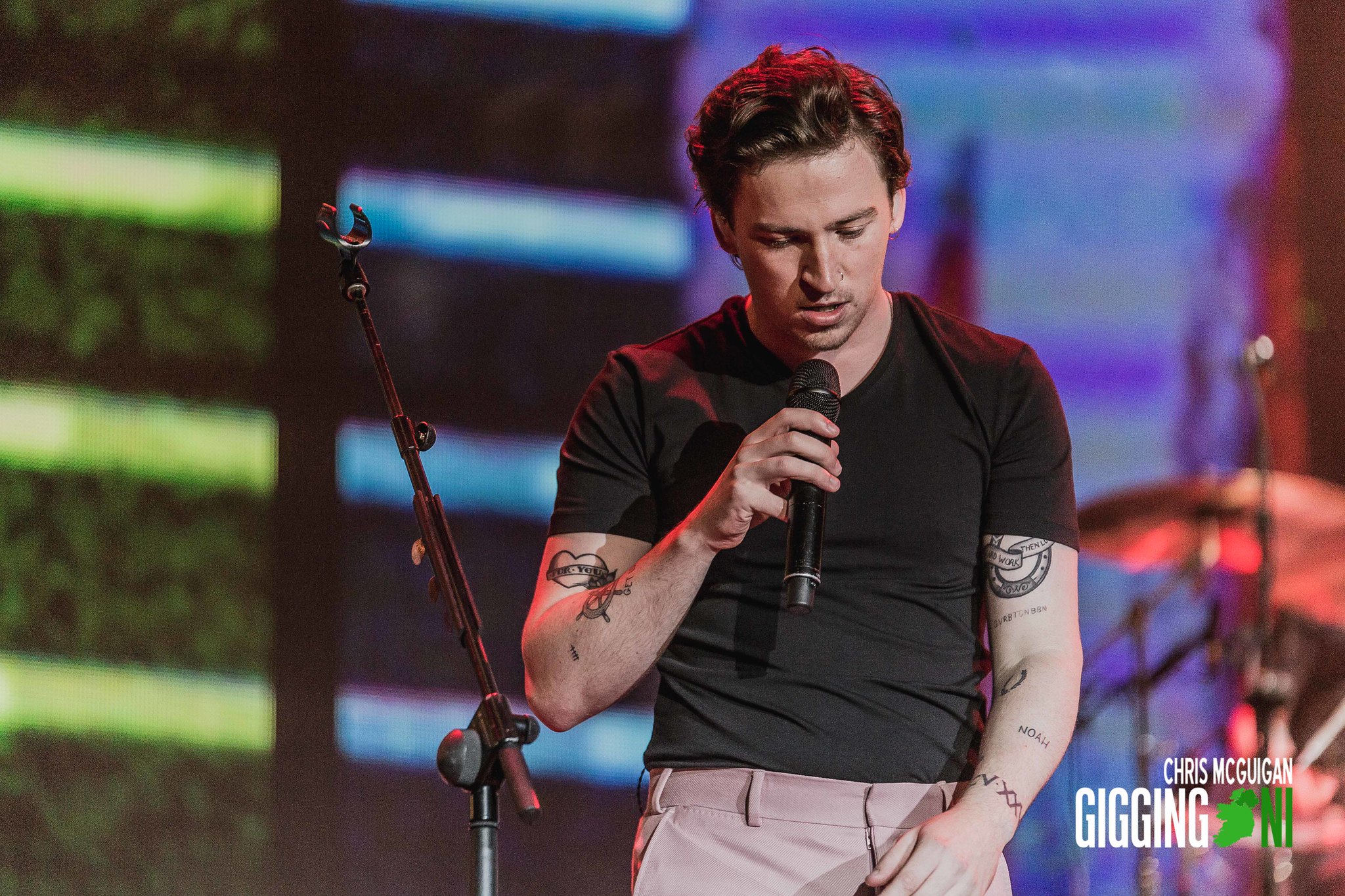