Spectrum Festival has become synonymous with great local music and this year was no exception. 7 bands played in the 6 hour musical extravaganza in one of Belfast’s best music venues, The Empire. The music was incredibly diverse and varied from punk, mellow, soul and full blown rock.

Opening the night was punk rock band Surf Green. This is arguably the most difficult spot as you have to ensure you get everyone riled up but also remain a memorable part of the huge line up. Surf Green did this with incredible ease as their set was both fresh and fun. They set themselves up well into the position of a band who took this opportunity and gave it everything they had. Their energetic performance mixed with fun antics, including balloons (who doesn’t like balloons at a gig?) well and truly set the precedent for the night ahead.

Next to take to the stage was Pop/Punk band Hello Casanova. As soon as they kicked off their set you could tell they were giving it everything they had. The guys have become known for their dynamic sets and huge presence on stage. It was difficult to not be engrossed as they seemed to be genuinely enjoying themselves. I suppose drinking a bottle of Buckfast on stage always amounts to a good time anyway. The highlight of their set was undoubtedly when the lead singer, Matt, gave a heartfelt speech to their drummer, Martin, whom is unfortunately leaving them. He normally dedicates their hit song “I’ll Be Waiting” to his girlfriend but on this occasion it was Martin’s song. Never have I watched such an energetic set and then felt emotional at the end of it when all the guys were hugging each other. It was like we were watching the final goodbye.

Third to take the Spectrum stage were Belfast Rock band, Search Party. Before they even started playing they told everyone to get to the front of the stage. This in itself was an indication that this set was going to be one you’d want to dance and thrash about to. Their punk rock set was incredibly well received by the crowd as the guys illustrated why they are still going strong after three years. What stole the show for me, however, were the guitar solos throughout the set as they seemed effortless yet captivating.

Have you ever wondered what a mix between Jack White, Cage the Elephant, Rolling Stones and hints of David Coverdale would be? Well that pretty much describes Derry band Scenery (not a bad mash up of artists, right?). When they took to the stage the vibe completely changed. We went from punk rock to soul filled rock in a few moments. They went from song to song with minor breaks and completely owned the stage.

The showmanship of lead singer Stephen was a show stealer. His incredibly suave demeanour was not only incredibly entertaining to watch but it managed to bring the whole band together as he was continuously interacting with other band members. His funky screams mixed with the saxophone and heavy bass lines meant that this set was definitely one that would stick in your head and have you running for the merch desk.

Following the soul filled rock from Scenery we were introduced to the musings of Jealous of the Birds. Naomi has this incredible presence on stage that fascinates the crowd before she even sings; coming on stage wearing a wicked kimono and huge hoop earrings makes me pay attention regardless of what they’re about to sing though. She played tracks from her album such as “Goji Berry Sunset” and “Parama Violets” and brought that beautifully soothing vibe that has become synonymous with her tracks. Naomi even mentioned herself that she was “bringing mellow vibes to the punk” and “shout out to the goji berry singer of the night”. To put it bluntly Jealous of the Birds was a fantastic addition to the Spectrum Festival setlist and it was so refreshing to have a complete change of tone in the middle of the night.

Yet again, the dynamic of the show did a complete 180 when local band Brand New Friend took to the stage. If you haven’t heard of these guys I have two questions: the first one is where have you been and the second one is why aren’t you going straight to Spotify right now to listen to them? Brand New Friend have been taking the music scene by storm and even brag an enviable slot on this year’s Radio 1 Big Weekend. They always bring so much fun and energy to their set and tonight was far from the exception.

As soon as they kicked off the guys were off the wall, even resulting in vocalist and keyboard player Lauren losing her glasses (always a good sign when playing). Their energetic set including tracks such as their latest single “Hate It When You Have to go” was juxtaposed with funny anecdotes including lead singer Taylor getting chucked out of a Plastic Rose’s gig years beforehand. I got the impression that despite the guys successes in big shows across the UK, they were incredibly grateful to be part of this amazing line up as they continuously thanked Spectrum and bigged up the main headliners A Plastic Rose.

Finally after four and a half hours of non stop local music, the main headliners took their spot on the Spectrum Festival stage. Belfast band A Plastic Rose have been together since 2006 and are no strangers to the music scene. This was however, their first gig in just over two years so not only was it a special night for local music fans, it also meant a lot of pressure on the guys to deliver and prove why they should still be at the forefront of the Belfast music scene. Did they do this? Without a doubt. The crowd was watching in anticipation as the guys went straight into their first track “Autumn Eases You Into The Dark”. As soon as they started playing the crowd was going mad singing and clapping along. Their setlist included so many gems such as “Boy Racer“, “White Boy Bleeding Heart” and “Pumping Blood”. Every single song they played got the exact same reaction from anyone and was executed to perfection.

Not only was their setlist a great mixture from their albums, Flickering Light of an Inner War and Camera. Shutter. Life, but their interaction with everyone made the gig seem so much more personal. They weren’t just there for the sake of it but they were playing for us, the fans. They consistently got everyone involved and at one point stated “Our voices are pretty sore so do you mind singing with us”. Their rapport with everyone and their continuous banter with one another and lead singer Gerry’s dad made for great entertainment.

The guys went from track to track ensuring everyone in the room was engrossed from the start. This clearly paid off as when they were leaving the stage everyone starting shouting the infamous Northern Irish line “One more tune!” We asked and A Plastic Rose delivered as they came back on stage for their encore (something we don’t see a lot when it comes to local shows). Of course the banter continued as Gerry struggled to get the keyboard working, a technical glitch that just turned into a laugh for everyone. The entire night was surrounded by a big curiosity for A Plastic Rose but the guys gave us everything they had and firmly cemented themselves back into the music scene after two and half years. I can’t wait to see what the next year brings.

From the very first pint of the night to final call, Spectrum Festival proved to be an undeniable success. We had the musical talents of Surf Green, Hello Casanova, Search Party, Scenery, Jealous of the Birds, Brand New Friend and finally A Plastic Rose. This was one show that was not to be missed as it reminds everyone what Northern Ireland has to offer the local and wider music scene. If your friends don’t listen to local music introduce them to any one of these guys and their perceptions will instantly change. 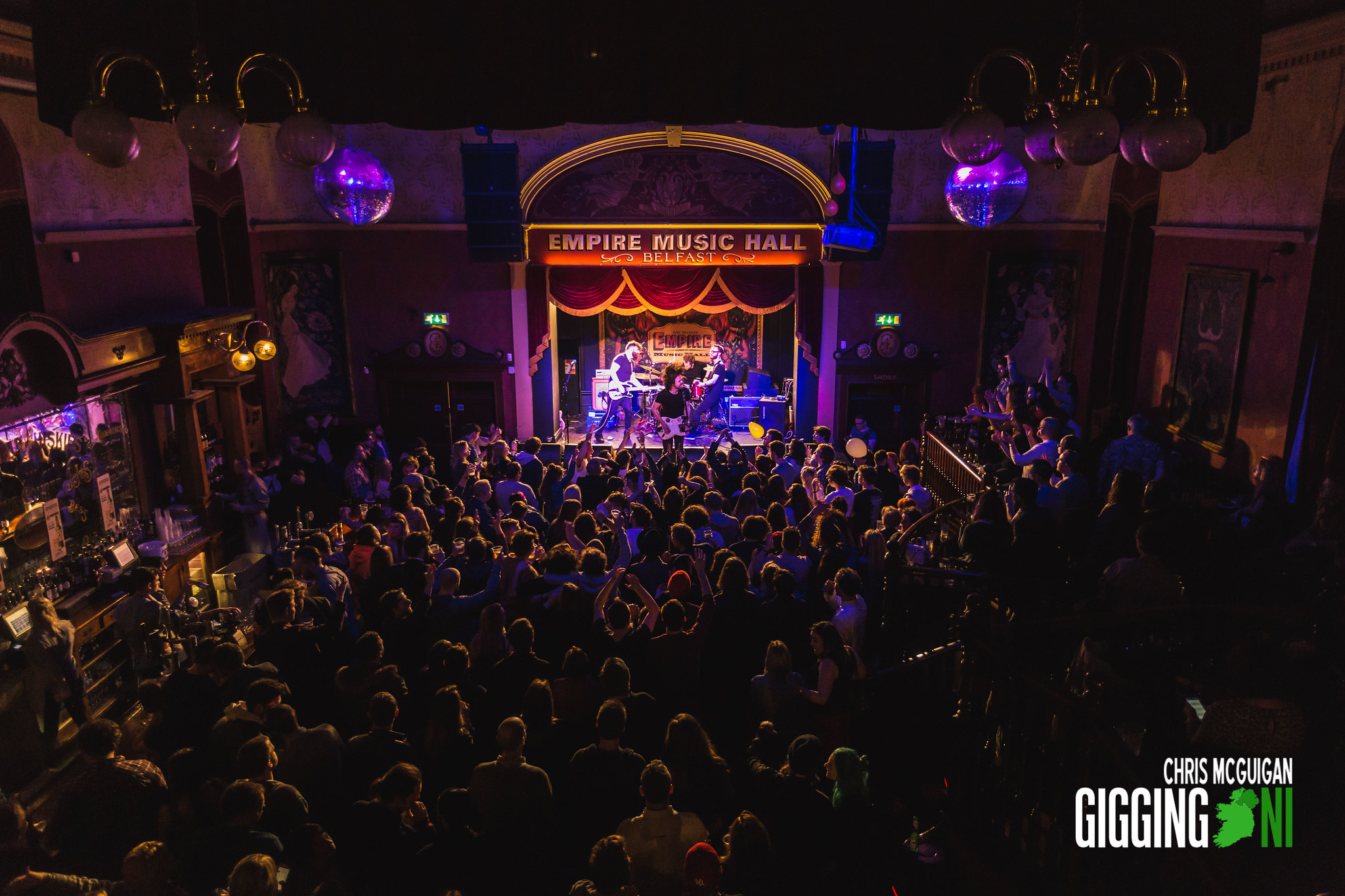 Brand New Friend announce new single I Was An Astronaut