I wasn’t really sure what to expect from Thursday’s gig at the Black Box. I had heard some of Richard Dawson’s music before and it definitely stands out as being well outside mainstream folk. Actually it’s probably outside of everything mainstream. Psychedelic or experimental folk might describe his style best, but he is an impossible musician to slot into any particular genre.

I’ve seen him described as the UK’s answer to Captain Beefheart and I guess that is a fair approximation of what he does, but even that doesn’t capture the entirety or the absolute weirdness of his work. He’s a Tynesider, growing up in Newcastle, and has recorded eight albums to date, with the most recent, Peasant, being released earlier this year.

As a taster for what was to come, we were treated to a ten-minute piece performed by the Hive Choir. Comprised of eight people, this was a mix of spoken word and harmonic singing, involving cut-ups of different pieces of text read by the performers, overlapping and intermingling with the other voices. At times hypnotic and discordant; at other times repetitive and rhythmical.

With little in the way of ceremony, Richard Dawson shuffles onto the stage, introduces Matt and Johnny on bass and drums and proceeds to discuss how he has no idea how to start the show. But start he does, launching into “We Shepherds Are The Best Of Men” and belting it out without accompaniment.

Certainly quite traditional folk stuff in some respects, but when he and the band follow this with “Soldier” that’s where the folk takes a backseat and the strangeness kicks in. Dawson’s guitar playing is a revelation and this song starts out as a gentle ballad. Once we reach the bridge and chorus, it descends into a riot of crashes and shouting. When playing, Dawson reminds me of Bill Oddie, albeit with an electric guitar and on some form of mind-altering substance.

In between tracks, Dawson engages the audience with a series of stream-of-consciousness and fantastical stories; from the connection between post-roman Britain and Brexit to delivering pizza to the members of Black Sabbath while they were staying in a hamster hotel. The Black Sabbath thing is a running joke for the evening with “Iron Man” cropping up a couple of times. I was comparing his approach to inter-song banter to Bill Bailey’s live shows. No jokes, gently surreal but plenty of laughs.

After three songs, Dawson asks the band if they need a rest and takes the time to read out a fairly bad Google review of his new album.

We get to hear “Beggar”, which is possibly my favourite track on this album. Seven and a half minutes of beautiful, rhythmic and repetitive guitar licks, underpinned by driving drums and bass punctuated by Dawson’s falsetto choruses.

He sings another a cappella track composed as part of the This Liberty project, a cinematic and audio installation inspired by the oldest prison in England – Hexham jail, in collaboration with artist Mark Stokes. This again is a thing of sheer beauty; rich with detail and made even richer by Dawson’s voice and inflection.

In response to shouts from the crowd, Dawson gives in and plays a few bars of Sabbath’s “Iron Man” and then politely declines other requests, before apologising for being so “brittle.” He plays “Hop” from the latest album which he introduces as a “dark and miserable song, written while thinking about the NHS” and goes on to warn the audience “if it goes wrong, it’s on you.” “Hop” is a song full of fantastical imagery and scenes and characters that wouldn’t look out of place in Tolkien and it tells an intricate tale of a Faustian pact that turns sour. As all Faustian pacts do, I guess.

This is followed by “Ogre” (The Parent’s Crusade) which starts off sounding vaguely like Fleetwood Mac’s “Man of the World” and then gathers pace as drums and bass join in until the band reach fever pitch at the end.

There’s time for what seems to be a big favourite for the Crowd, “The Vile Stuff”, (complete with another short Iron Man detour) and Dawson ends the show with head shaking, feet stamping and intensity; all movement, kinetic twitches and edginess.

No encore, despite a standing ovation. This was one of those shows that I wasn’t sure what I’d actually witnessed after leaving the venue. The songs and performance have stayed with me since and from talking to many of the people who had been there, there was lots of talk of this being one of the top 5 shows of 2017 in Belfast.

Dawson is a unique talent who mixes the traditional with the avant garde and I’ve been listening to him for the past two days on repeat. Can’t say fairer that that. 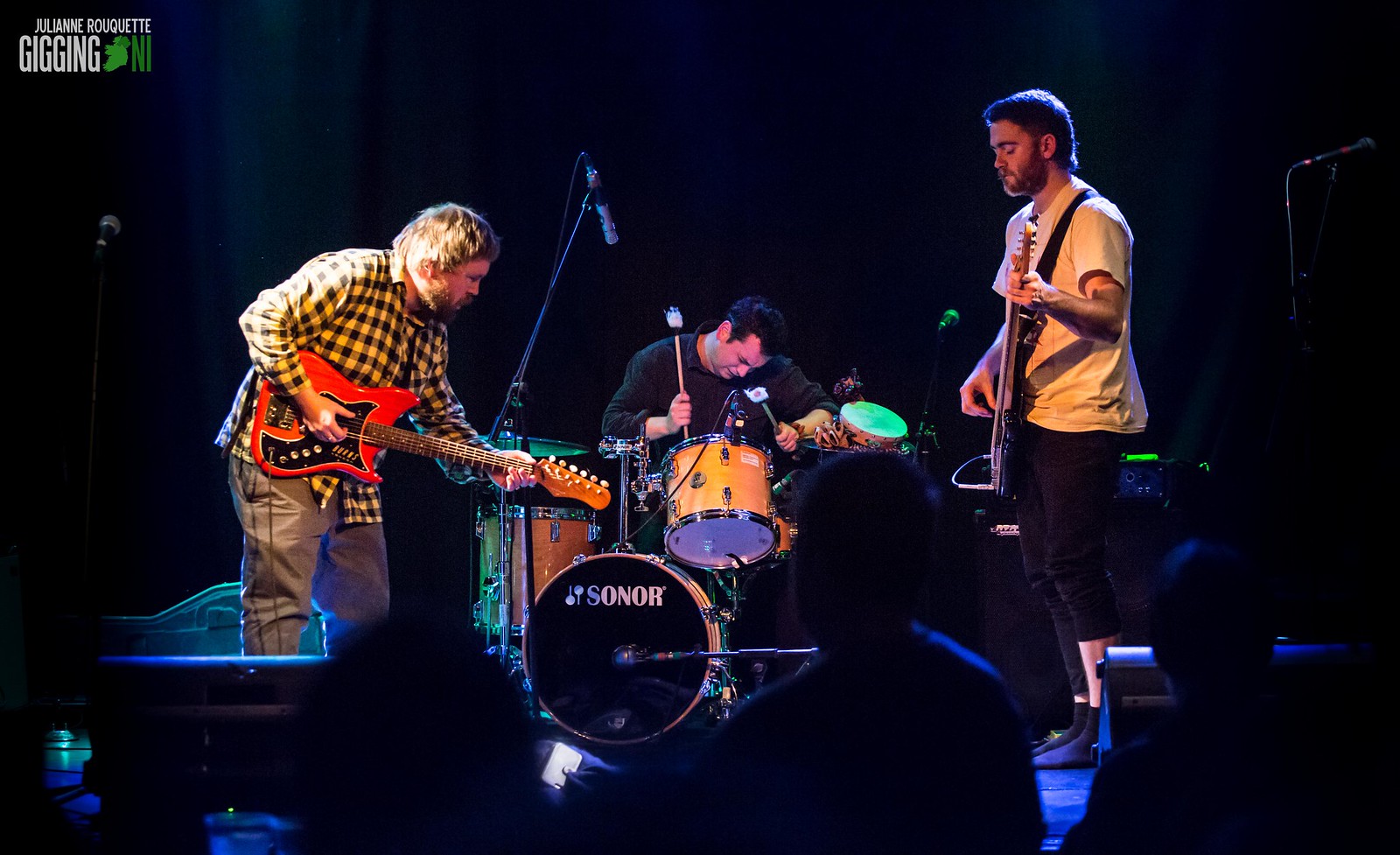