Following a support slot with Jimmy Eat World and a debut album, The Amazons have a lot to brag about from the past year. Tonight the Reading lads brought their energetic set to Limelight , Belfast and gave us a show that asserts their status in the music scene at the moment.

Starting the show was Derry band, Touts. The local guys have become known for their punk sets that enthuse passion and vibrancy. As soon as they came on stage they stated “Why are you sitting down, you’re not at a f****** funeral.” This immediately set the tone for the set, there was no excuse to be sitting and sipping a pint. The guys played a number of their well known tracks such as “Saturday Night Scumbag” “Sold Out” and “Bomb Scare”. They also played a few from their new EP (that was due to be released the next day) Lit; such as “No Name.”

With every single track the guys were constantly jumping around the stage, screaming into the mic and generally getting the crowd geared up for the main headliners. They not only played their set flawlessly but their banter throughout the evening just made it all the more interesting. The main highlight for me had to be the last track where the band went full on AC-DC style when mic stands were falling and guitars were chucked to the ground. They made their set a full on show and gave The Amazons a big act to follow up.

After everyone’s quick dash for a pint the main headliners made their appearance.  They entered the stage with their denim and 80s hair and went straight into their first track “Ultraviolet“. As soon as they started playing the crowd was singing and dancing along. They kept the energy up by not taking a break and going straight into the second song “Burn My Eyes”. At the end of the track lead singer, Matt Thomson, screamed ‘Belfast!’ into the mic which only got the crowd even more riled up.

The guys played a number of crowd pleasers such as “Holy Roller”, “Junk Food Forever” and “Stay With Me” but the absolute pinnacle of the set for me was the “Black Magic/Millions (The Party)” mash up. As soon as those iconic chords kicked in the entire venue went crazy. This was the track we were dying to see and it certainly didn’t disappoint.

From start to finish The Amazons showed Belfast why their tracks are some of the best known on the Indie music scene. Their suave and energetic performance meant the night absolutely flew in as we were treated to a quality and solid set. 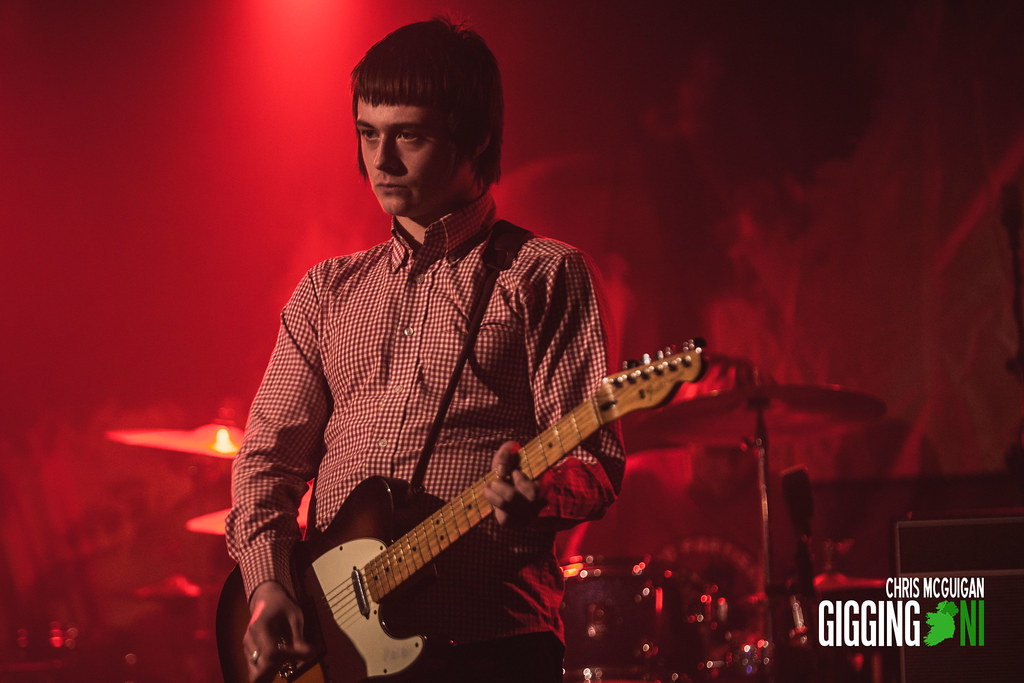 The Amazons return with their incredible new single ‘Mother’