Following the release of her latest album Life Love Flesh Blood earlier in the year, Imelda May rounds off 2017 with a small Irish tour taking in Galway, Dublin and a sold out show in Belfast’s Waterfront Hall.

Support comes from Cork born solo artist Mick Flannery who assures the crowd that he is “not Imelda May” but is here to “warm [them] up”. While his entrance is unassuming his powerful voice soon grasps the attention of everyone in the room. His narrative songwriting lends itself perfectly to his stripped back performances of “Red To Blue” and “Boston”. This is also true of “I Own You” where Flannery creates characters through his words and damns capitalism. While he may joke about how he is singing anti-capitalist songs but selling his music outside the venue doors, his overriding message is well received. Flannery closes his set with a song come social commentary “about the world”. As he tirades against social media and politics, he highlights the shift in his more recent work towards a social consciousness and an assault on the digital age. While he may think it is “not much of a song” the applause suggests the audience believe otherwise.

As Flannery exits, the stage is left strewn with a wide variety of instruments. One by one Imelda May’s band take their positions amidst industrial spotlights, their figures silhouetted against the dramatic back lit curtain.  As they begin to play, the lights come up and May takes a seat centre stage for opening track “Call Me”, a quiet acoustic number from her latest album.

Anyone unfamiliar with May’s new material may be surprised to find her signature quiff and rockabilly style gone; instead she is seated singing in soft French tones. However it is not long before May’s rock and roll energy and sound return. She will prove over the course of the evening that she is more than capable of making the shift from this type of intimate performance to big band rock with skill and ease. She fondly refers to Belfast as “rough around the edges and full of the best people you’ll ever meet” before dedicating the unashamedly rock and roll “Big Bad Handsome Man” to all the Belfast men fitting of such a description.

May talks to the audience as though they are all old friends, sharing stories, anecdotes and songwriting inspirations. She picks out family members from the packed out room and tells the crowd of how she wrote “Black Tears” after seeing her own reflection. She is not afraid of vulnerability and is intent on making the atmosphere one of openness as she calls for the audience to introduce themselves to each other. A queue soon forms of those keen to greet May herself. She shakes each person by the hand before declaring how “its nice to know each other…we can all get along for one night”. She invites the audience in once more and tells an emotional story of how the attack on the Bataclan in Paris and the deaths of people she knew led her to writing the powerfully uplifting “Love & Fear”.

A rauctious cover of Muddy Waters “Rollin’ and Tumblin’” is soon followed by a haunting stripped back rendition of “Molly Malone”. She tells Molly’s story of hardship, guiding the crowd in a new direction around a song they have no doubt heard hundreds of times. She tells the stories of more women; her own in “The Girl I Used To Be” and that of a woman in a poisonous relationship in her spoken word recitation of Warsan Shire’s “For Women Who Are Difficult To Love”.

Following the familiar ebb and flow which has characterised tonight’s set, the Waterfront is soon gripped by the frenzies of May’s bluesy rock and roll once more. As she sings “Should’ve Been You” small groups arise from their seats and make their way towards the stage to dance before May invites the remainder of the audience to follow suit. As she reaches for her Bodhrán and launches into “Johnny got a Boom Boom” the room feels infectiously alive. The encore is a full on party with May doing her own version of Belfast favourite “Teenage Kicks” and in light of the festive season, “Santa Claus is Coming To Town”.

As she takes a bow alongside her band, May beams “what a band, what an audience, what a night”. Tonight has been a real experience. May has proven herself to be a talented, intellectual and reflective artist who can kick up a Rock and Roll frenzy; what a performer.

Scroll through our photo gallery by Julianne Rouquette, below: 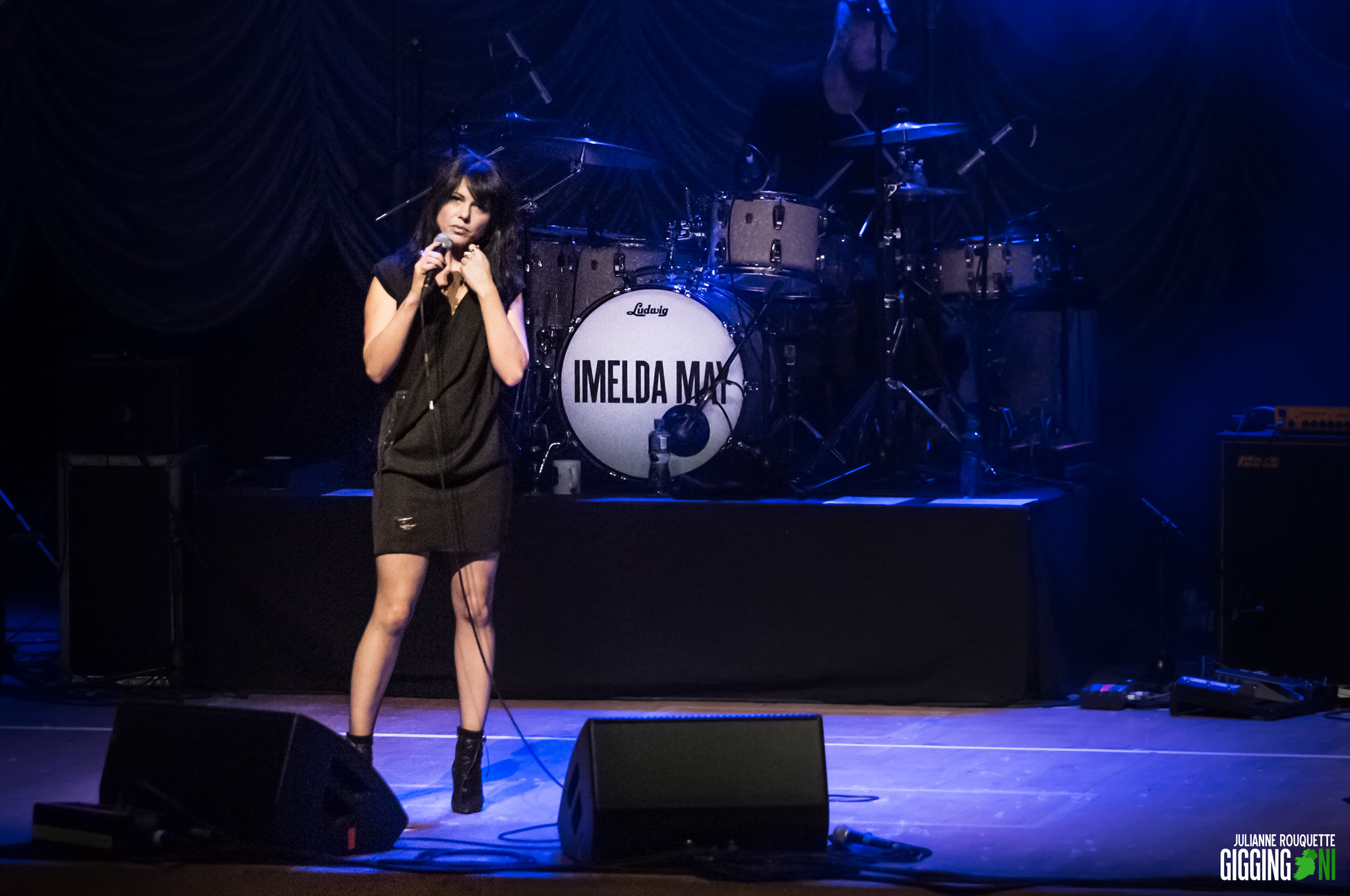