Touring on the back of his latest release Gathering, Josh Ritter has found himself in Belfast literally hopping with glee before setting out for multiple shows down south. The album’s an earthy collection of Americana tracks ranging from minimalist hymns to bouncy country with a folk-rock twist.

Tagging along for the tour has been folk singer Anaïs Mitchell as support. She took to the stage and modestly played through half-a-dozen songs. Between tunes Anaïs gave little pieces of info regarding her music and the tour including her recollecting a gig she played in No Alibis years prior where she was handed a copy of Ritter’s novel Brights’ Passage following the gig. She played a relaxing solo show of “Why Do We Build A Wall”, “Shephard”, and others from her discography.

The concert began with Ritter playing a few songs off Gathering. The initial track “Shaker Love Song (Leah)” hummed over the speakers while the band entered the stage. Once the track ended the band rolled into the folk-rock of “Feels Like Lightning” and “Showboat”. Right from the get-go Ritter was smiling wildly and jumping up and down with excitement while his band added nice solos to the music with little improvisations sprinkled in between.

This led into some older more relaxing songs, “Monster Ballads” and “Henrietta, Indiana”, before leading in to the strange and moody highlight of Gathering, “Dreams”: a 7 minute jazzy journey that just oozes melancholy. The sound in the venue was surprisingly clear and Ritter’s vocals were wonderfully crisp, making his lyrical delivery one of the stand-outs of the night as words took a more personal and immediate effect; something not lost on a songwriter as talented as Josh.

There was less banter compared to the support, especially after Anaïs gave so much info on her own songwriting. One moment that was appreciated though was when Ritter relayed his younger heroic exploits as a water tower vandal and the notoriety gained amongst friends if your name was tagged onto the tower. This then led into “Me & Jiggs”, and it was nice to have an appetiser to tease into the track and give the crowd something extra to chew on.

Eventually a vintage microphone was brought on stage and the band huddled around to play a few songs. This was a sweet atmospheric touch and resulted once more in good quality sound, especially when musicians moved in and out of the microphone’s range to amplify and accentuate their playing. Notably “Kathleen” was played like this, a twist on the song that gave the tune a pleasant and familial vibe.

A lot of the setlist was on the slower acoustic side, with one highlight being “Strangers” from the new album. The crowd was generally happy and singing along with choruses, however on this song the atmosphere in the room was so serene that you could hear a penny drop.

To end his main set, Josh amped up the tempo and played pumpier tracks “Homecoming” and the hit “Getting Ready To Get Down” off his last album. “Homecoming” was a highlight of the set, starting as a spunky but sparse poppier tune and ending with blaring chords with a guitar and drum solo. This climax of sound was followed with “Getting Ready To Get Down”, a strange choice in pacing given the strong finale of the song prior but was a good performance nonetheless.

Ritter and bassist Zachariah Hickman returned on stage for the encore, both clutching acoustic guitars and the vintage microphone. They played a pleasant rendition of “Hopeful” and then invited the rest on the band onstage for brilliant performance of “Roll On” complete with a verse from Anaïs. The show ended with Ritter playing a solo version of “Girl in the War” ending on a slow heartfelt beat.

The setlist was heavily skewed to the latest album with almost a third of tracks being slower tunes taken from it. A handful of songs were played from Sermon on the Rocks and The Animal Years, with the rest of the setlist comprising of assorted songs from other albums in Ritter’s catalogue.

Overall the concert was very good if a little slow at times. Ritter and the Royal City Band played fantastically with a slew of solos and variations on tracks, with a lot of the night taking a mellow and acoustic turn. The fidelity of the set was above and beyond however, and was worthwhile seeing for the power Ritter’s lyrics take on a live setting alone.

Scroll through our photo gallery by Michael Barbour, below: 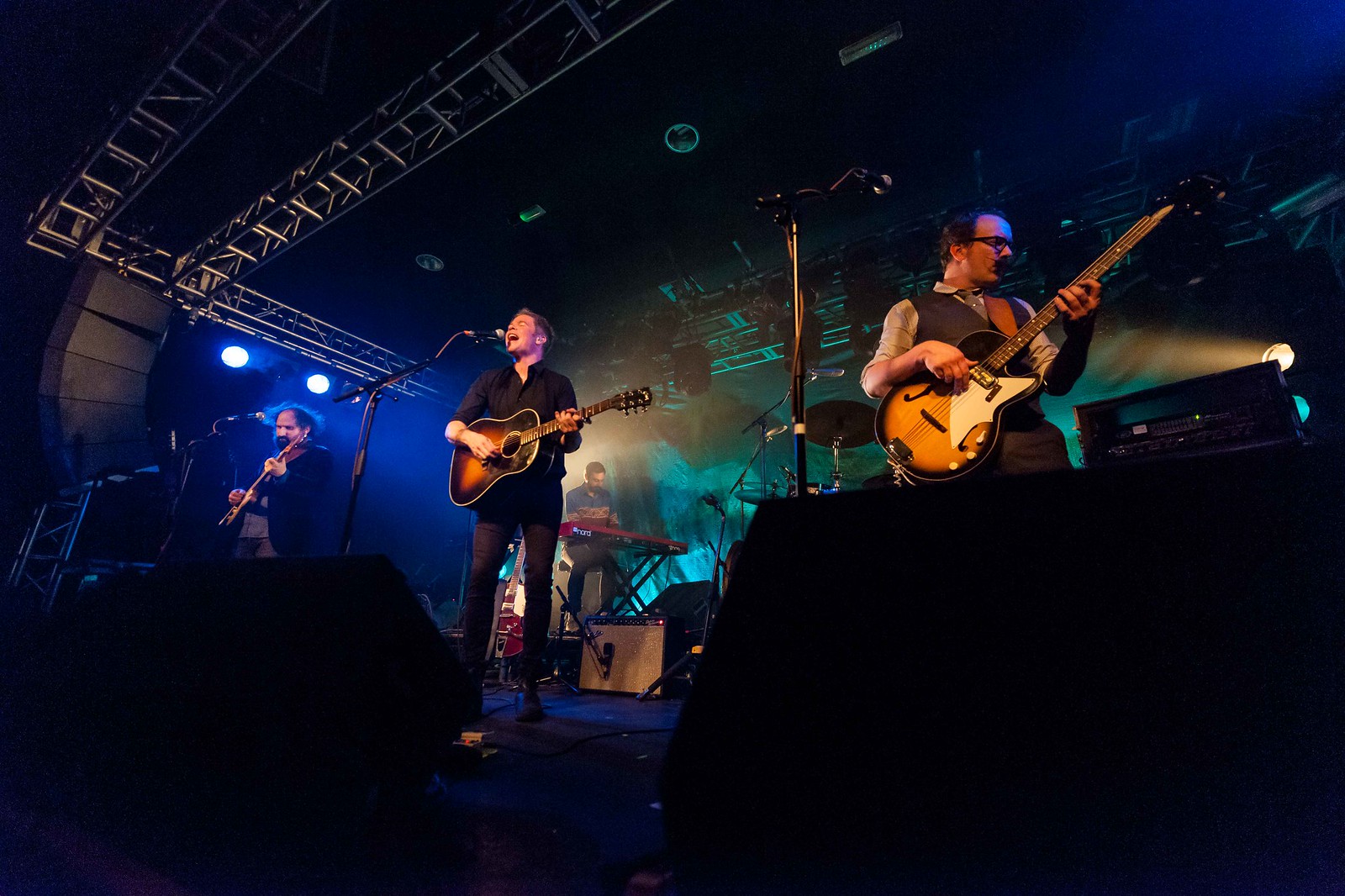