Who are Cheap Trick? Special Guests of Def Leppard for their 2018 Tour

In December 2018, a legendary rock band will join Def Leppard on their 2018 tour. That band is Cheap Trick, the peculiar power-pop veterans that never quite hit it in the UK. Although we mightn’t have picked them up, the band were titans abroad throughout the 70s/ 80s and have been cited as influences for scores of bands; ranging from Guns N’ Roses, to Nirvana, to Anthrax, to Weezer. They were even influential enough to be inducted to the Rock and Roll Hall of Fame back in 2016. Check out the brief history of Cheap Trick below as well as our curated playlist to either remember a gem or discover an odd legend.

Cheap Trick hail from America circa 1974. They didn’t receive much mainstream attention in the West during the beginning of their career, however they were bizarrely able to push out hit after hit in Japan. This lead to the recording of their biggest break, and their highest charting album in the UK and US: Cheap Trick at Budokan. It’s a live album that was recorded while the band played over 3 nights at the Nippon Budokan stadium in Tokyo, at the time still little more than unknowns in the West. It showcased a lively and loud set full of heated vocals from Robin Zander, wild guitar courtesy of Rick Nielsen, and over 14,000 screaming fans.

Cheap Trick at Budokan was released outside of Japan in 1979 and brought an interest towards the unheard of stadium sell-outs. This was also the only time a Cheap Trick song has slunk into the UK’s Top 40s, as the studio version of Cheap Trick at Budokan’s lead single began to chart. This is of course the classic ‘I Want You to Want Me’, and if ever a reason was needed to see a band live, it’s the transformation this song took while being played at Budokan. The studio version from 1977’s In Color was almost calm and breezy; but when played live the tempo was turned up, the amps were distorted, and the calm breeze was replaced with swinging heat that filled the tune full of life.

‘I Want You to Want Me’ wasn’t the only song to get this treatment though, In Color’s rock’n’roller ‘Clock Strikes Ten’ was donned with lightning guitars that strummed Big Ben’s clock chime and gave way to a completely relentless tune exploding with drum solos and a frantic crescendo.

Another absolute classic from the band is Heaven Tonight’s ‘Surrender’. An oddity in that it didn’t have much chart success upon initial release, but gained a snowballing cult following. Currently sitting at over 35,000,000 listens on Spotify, the track was deemed “the ultimate 70’s teen anthem” by Rolling Stone. That said, the fun-loving angst is ageless and the anthemic power-pop can gladly be sung by any generation.

Before moving on to Cheap Trick’s 80’s American hits, be sure to note their early 1977 debut album Cheap Trick. It had a darker edge with the snarling rebellion in ‘ELO Kiddies’ and the punky charger ‘He’s a Whore’. The raw energy on show in these tracks make them more than worthwhile checking out before moving on to the next decade.

Cheap Trick did prove to be adaptable to the 80s though as 1979’s Dream Police carried the eponymous single. ‘Dream Police’ was so cheesy it was kitsch; intense drums were met with satirically Orwellian lyrics and whirling strings to craft another masterful power-pop tune that gave a taste of what would be coming in the next 10 years for the American music industry.

They kept their cheesy talent alive through the 80s which culminated in 1988’s ‘The Flame’, a song which they may not have written but they definitely owned. This soft-rock ballad is so sickeningly sweet it’s hard not to love. The song even reached #1 on the US Billboard Hot 100s, locking its place as a solid hit.

Cheap Trick continue to record new music to this day, releasing a hard rocking album in June of 2017. We’re All Alright! see the band taking a deeper, crunchier sound compared to their youth. Robin Zander’s voice stays as quirky and emotional as ever, showing a Roger Daltrey-esque tinge on a few tracks. Hard rocker ‘Brand New Name On an Old Tattoo’ and escalating chanter ‘The Rest of My Life’ were a few stand-outs to me. 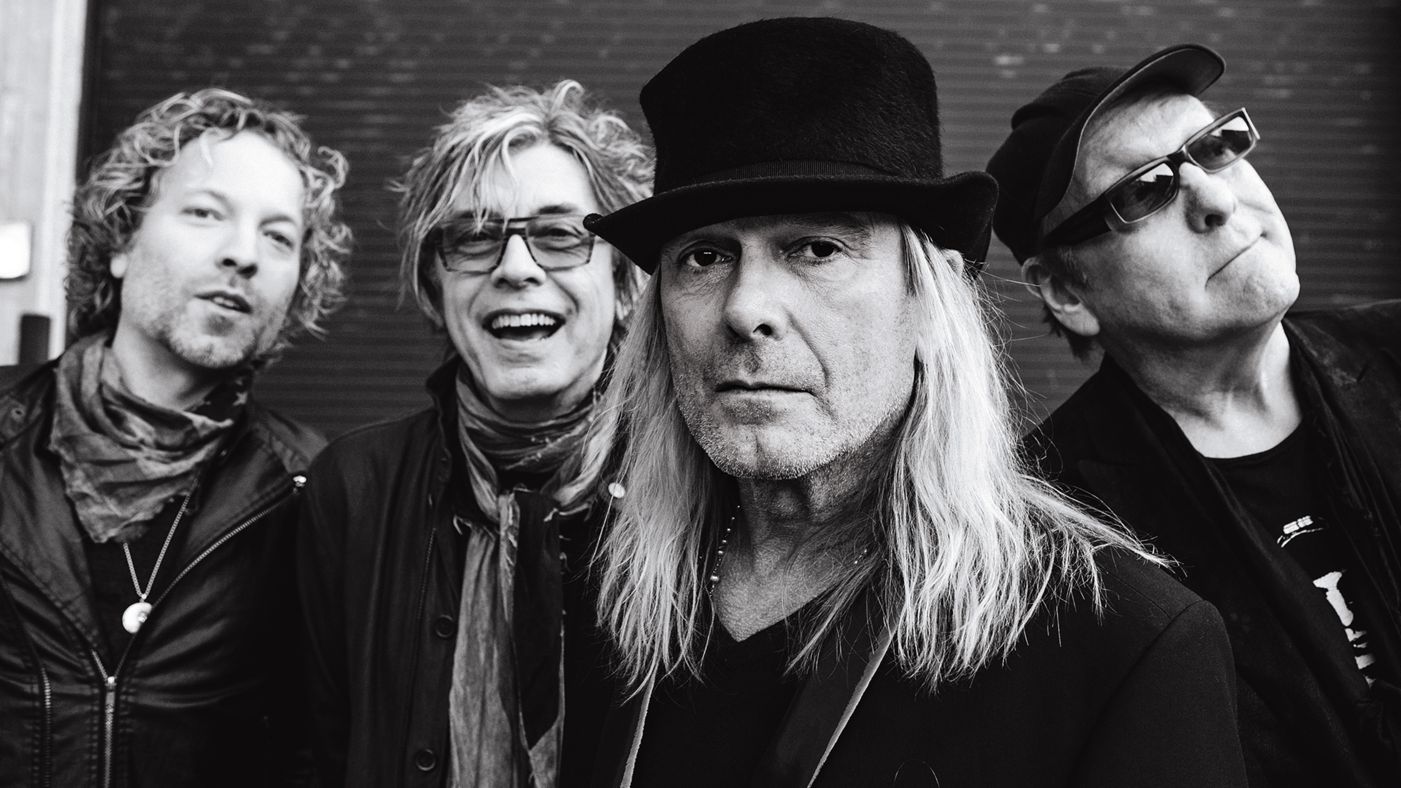 So now that you’ve got an overview of the band, check out the playlist below to get a primer of what makes Cheap Trick so catchy and desirable to see.