Cast your mind back to the early noughties; nu metal bands are all the rage and everyone looks like they used the same hairdresser as Guy Fieri. It was a time that lead singer and founding member of Alien Ant Farm, Dryden Mitchell remembers as a one when “MTV used to play videos” rather than Jersey Shore. It is a time that for many people here tonight was soundtracked by Mitchell’s band and they have come along to Belfast’s Limelight to relive some of those moments.

Two piece Chicago band Local H get the crowd warmed up with a hard rock set doused in guitar feedback. The sparing use of vocal effects on “The Misanthrope” and pure noise making allow the band to create their big sound in a live setting. Scott Lucas uses the ringing feedback and Ryan Harding’s steady drum beat to seamlessly change instruments mid song without ever slowing the pace or compromising on the quality of their set.

Soil bring with them a heavier, more metal influenced sound. As a remixed version of The Troggs “Wild Thing” plays out through the venue, the band take to the stage, devil horns raised in the air. They open their set with “Breaking Me Down” before lead singer Ryan McCombs reflects how, “It’s been too long…[it’s] so good to be back.” McCombs is a true frontman and effortlessly creates a rapport with the crowd. He has a real knack for storytelling. He regales the audience with an anecdote about how he “walked into an Irish pub to get a bite to eat & asked for still water…I was the only asshole in the pub drinking water.” He raises a beer now and receives a hearty approval and introduces “The Hate Song”. Suddenly McCombs disappears and it seems as though the set may be over. That is until he appears in the midst of the crowd, his retro microphone in hand and proceeds to perform the massive “Halo” while surrounded by fans. He returns to the stage to close with a genuine message of thanks to everyone for coming out tonight; “you give every band a job to do…always remember, music starts with you.”.

The sound of a ticking clock rings out through the venue. Fairy lights adorn the drum kit while the neon strings on Tim Peugh’s bass guitar glow. Just as the loud alarm goes off Alien Ant Farm are in position and launch straight into “Bad Morning”. Unsurprisingly when the opening chords of 2001’s “Movies” ring out a huge cheer goes up. The crowd knows every elongated word and sing as though their collective lungs might give out.

Mitchell reminisces about how the band crashed the BET awards to film the video for “These Days”. A fond applause goes up as it replays through the minds of the fans here tonight. The art of the music video was one Alien Ant Farm had down. It seems everyone here misses days when MTV played their comical videos on a loop. Always the joker, when Mitchell is passed a canvas painting of the band’s logo from a fan he immediately seizes the opportunity to poke fun at guitarist Terry Corso by likening his dad to the bug eyed martian.

“Attitude” is introduced as a favourite of both Mitchell’s mother and Linkin Park frontman Chester Bennington who tragically passed away last summer; he dedicates it to them both. Before long we are taking another trip down memory lane; “This song was in a video game”, and not just any video game. “Wish” featured in the third installment in the iconic Tony Hawk Pro Skater series which remains to this day infamous for its amazing soundtrack.

As the band return to stage for an encore, Corso complains, “it’s so slippery up here, I have never experienced this in my life”. I guess the Limelight were either playing their own prank on the band or maybe just trying to make moonwalking a little easier. The band finish their set with their ever popular cover of Michael Jackson’s “Smooth Criminal”. Mitchell remains note perfect even after 17 years. Alien Ant Farm always were good at making people smile. After tonight’s set, the audience should leave the band in suitably high spirits.

Scroll through our photo gallery, by Marta Janiszewska, below: 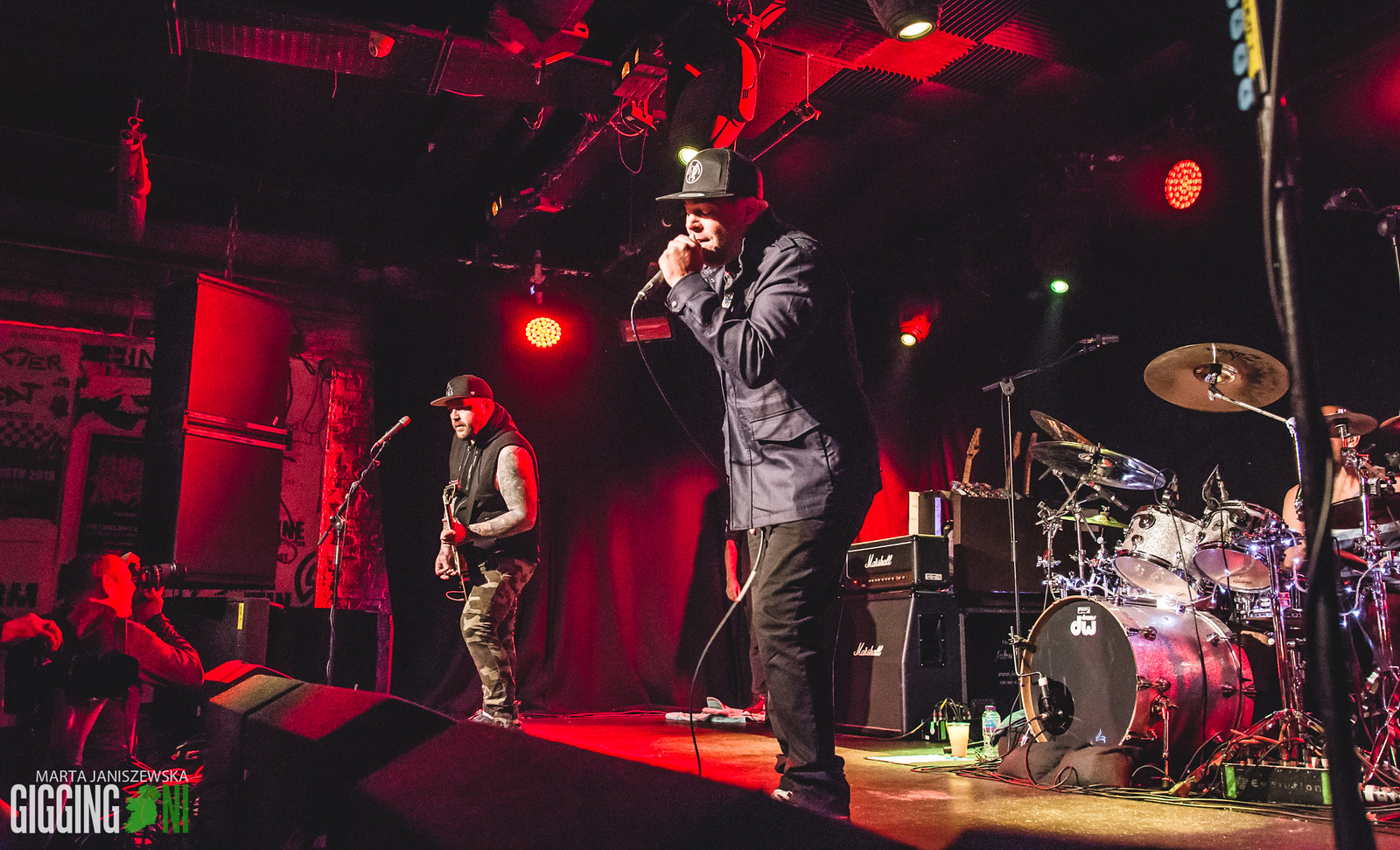