Hunkpapa are one of those bands that seemed to just pop up in the Northern Irish music scene and then they quickly took it by storm.  Only a couple of months ago the guys played a gig in Voodoo; fast-forward and they are playing a packed out set in Limelight 2.  Not only are their sets incredibly fun and energetic, but they also ensure their live shows are all varied and keep the crowd coming back for more.

The night opened with an acoustic set from Benjamin Smyth.  The venue was relatively empty at the beginning of the performance but by the end, Limelight 2 was completely packed out.  Benjamin’s voice was very reminiscent of Damien Rice mixed with John Smith.  He was a refreshing start to the night as it allowed the crowd to ease into what was bound to be a sweaty and energetic night.

After what felt like a few minutes the lights went out on the stage as tense music played in the background.  The set stayed dark for minutes at a time before flashes of white light allowed us to see the ‘Hunkpapa’ backdrop with the occasional purple beam of light.  This alone was causing the crowd to go wild, if there’s one thing these guys know it is how to get their fans well and truly pumped.  Finally, we heard that iconic bass and drum intro to “Lost in the Wild” as each of the band members made their way to the stage in the outfits that are now synonymous with their style.

From the very start of the night everyone on stage looked like they were having brilliant craic and fun with one another.  The atmosphere in the place was extraordinary as it was clear the crowd was mirroring the bands enthusiasm and vice versa.  There were points where you weren’t sure what to focus on, Hunkpapa or the number of people crowd surfing across the room.

The entire set was completely flawless as they opted to play a mixture of old and new tracks including “Rodeo” and their recently released “Burlesque Warriors”. They also opted for a cover, the only cover they every perform, “I’m Feeling It”.  Even when they were performing a cover they had a way of making the song sound entirely their own.

Whilst the set was incredibly fun and exciting, you must also move the focus to how talented each of these guys are as musicians.  Throughout the set we had prominent bass lines, heavy drumming, flawless vocals and insane guitar solos.  The fact they can all play so well whilst jump around the stage and have fun is a credit in itself.

By the end of the night there were tops off and being swung around the place, sweat dripping off everyone, drinks being spilled everywhere and everybody singing along.  They opted to go for “Hunkpapa Dakota” as their encore track and it felt like the perfect choice.  After the obligatory chants of ‘One more tune!’ everyone came back on stage and gave us a final song to go crazy too.  There were people crowd surfing, people on shoulders of others and everyone on stage was ensuring they made their last song one to remember.

From start to finish Hunkpapa gave Belfast an amazing show to remember yet also left us wanting more.  I will definitely be keeping an eye on when these guys will be playing another show as I’m sure the majority of the crowd last night will be too. 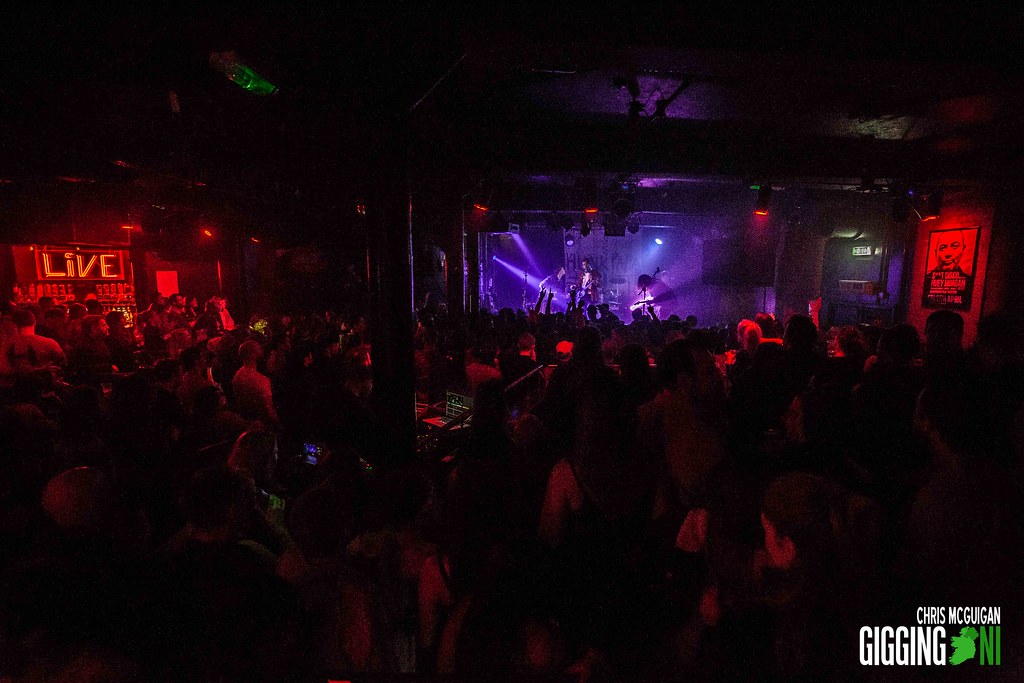