So much was going on in Belfast over a 3 day period, with 3 gigs in a row happening in the Limelight 1, plus the highly anticipated England vs. Columbia match in the World Cup was on. Even harder to believe that all this happened and it was only Tuesday. Whilst some were focused on the footie, many were continuing their gig high as the people of Belfast bore witness to the star-studded lineup; Sons of Apollo.

Supporting the night, plus making their Belfast debut were the Dubai-based, Jay Wud. While the extremely poor sound quality may have let their set down, these guys put on a surprisingly good performance. Led by Jay Wud himself, the band busted out a grand collection of chunky riffs that nearly shook the venue to it’s core, many of these songs being from their latest album “Transitions.” 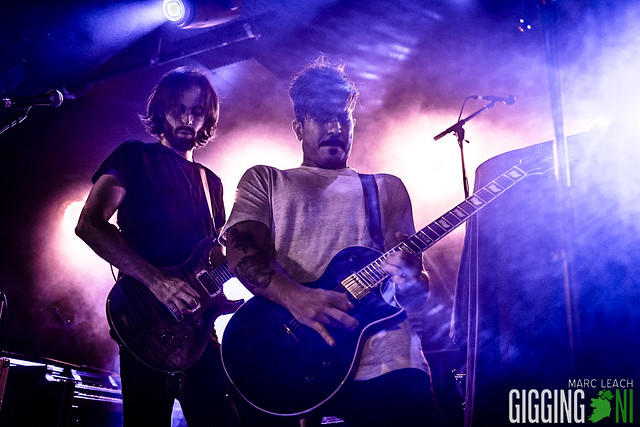 As the room began to fill and the mass of gear set-up (especially a certain someone’s massive drum kit) was complete, it was time for the one and only Sons of Apollo to hit the stage. Whilst the band’s name and music may be new, the band itself is made up of some highest regarded performers in the industry; which the Belfast crowd made sure each member was more than welcome. Ron “Bumblefoot” Thal (ex Guns N Roses), Derek Sherinian (ex Dream Theater), Mike Portnoy (ex Dream Theater), Billy Sheehan (Mr. Big) and Jeff Scott Soto (ex Journey). No one could have imagined that a band made up of such influential musicians would exist, but here they are with a prog metal sound to end all prog metal sounds. 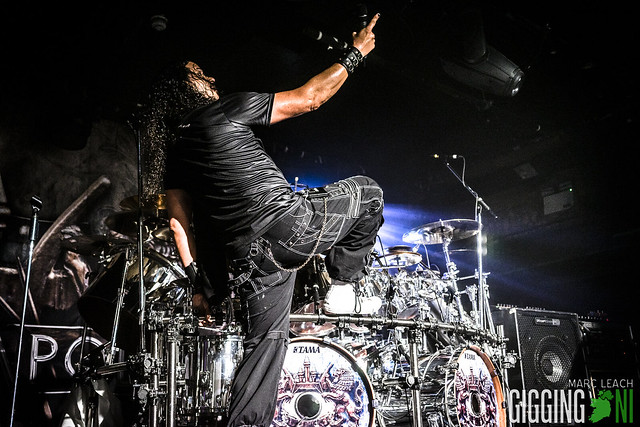 It’s was hard to imagine that a band with only one album, “Psychotic Symphony,” could play an almost two hour set; until we discovered that a handful of the songs lasted up to ten minutes long. As songs like “God Of The Sun” and “Labyrinth” played on, jaws were instantly on the floor as each member busted out their unbelievable talents; from Bumblefoot and Sheehan showing off on their twin neck guitars, to the colossal drum performance from Portnoy. The one thing that was noticeable about this band, was they were having fun, especially Soto who paraded round the stage, having a laugh with the audience in between songs and crying out for a pint of Guinness. 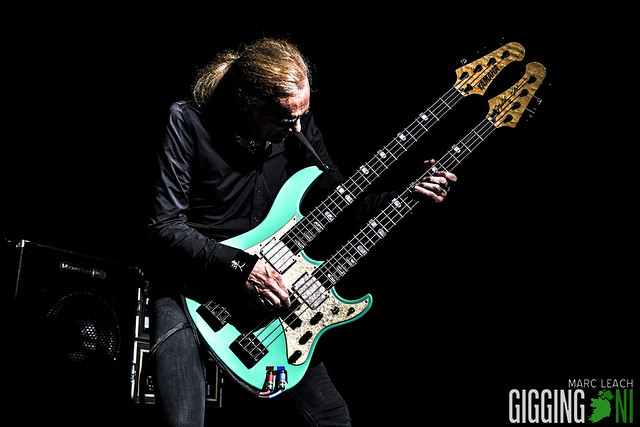 Back to the whole “how can they stretch out a 2 hour set” topic. Yes, most of the songs were pretty long but Belfast was treated to a vast collection of individual solos with Sheehan’s fast-paced finger action and Soto’s spectacular vocal solo (full of delay) being the main highlights of the night. Bumblefoot on the other hand decided to do something different and perform a rendition of “The Pink Panther theme,” and after that was done (da dun…) Sherinian completely shredded his many keyboards. A cover of the Dream Theater hit, “Lines In The Sand” and the album’s single, “Coming Home” brought the set to a close. It was during the latter when Soto made sure there was plenty of audience participation – from performing in the crowd to asking the band to remain silent while he and Belfast shouted out the middle section together. 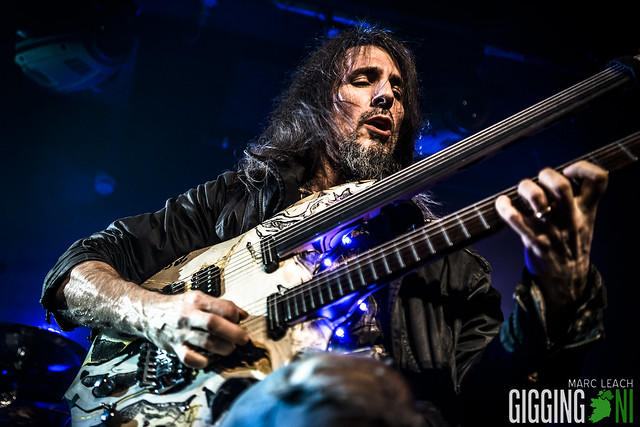 After all was said and done, and everyone had picked their jaws off the beer soaked floor; there was plenty of sighs of amazement over what they had just witness. Many of them uttering four words and four words only. “Gig. Of. The. Year.” Was it? For this reviewer, it’s certainly the strongest contender. 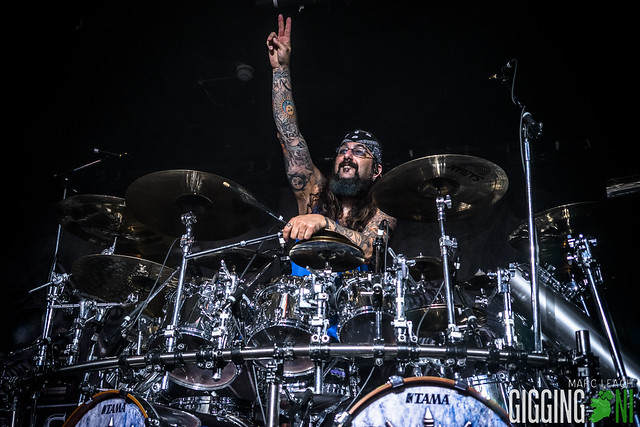